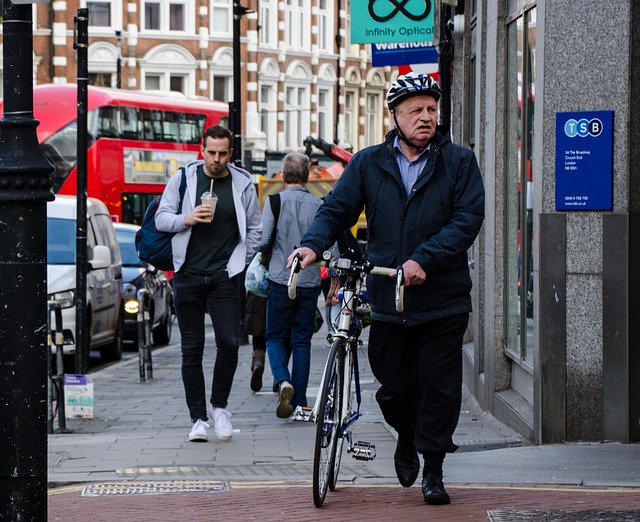 London has long been seen as one of the richest people’s playgrounds. This means it attracts wealthy people from all over the world.

People from the Gulf States were the first, followed by Russian oligarchs and, increasingly, Chinese self-made billionaires. As a result, certain districts of London are among the most expensive places in the world to live or run a retail business.

Prices have held up well during the credit crunch and have even climbed in recent years. This is backed up by its third rank in the world’s top ten most expensive cities.

There is a large population of luxury items, stores, and wealthy people who show that lifestyle in parts of central London. (Roughly, Mayfair, Belgravia, Knightsbridge, and Chelsea.)

It is also the world’s financial capital, competing with New York. As a result, a proportionally large number of people work for banks, hedge funds, and other financial companies, where wage measurements are typically neglected. Because of their wages, these people can afford to live in Central London.

People who cannot earn a lot are often left behind. Some of the surrounding areas have become extremely expensive to live in as a result of rising housing prices in the “posh” neighborhoods. This means that only those with a household income of at least GBP 120,000 will be able to afford to live in central London.

Young professionals commonly “flat share” in reasonable or good areas of London until their late twenties or early thirties, depending on their salaries and whether or not they are in a relationship.

The rest have to make compromises, renting or purchasing property outside of downtown London and facing 1 to 2 hour rides on public transportation.

What Salary Do You Need To Live in London?

You can afford a two-bedroom apartment near the city center, as well as dining out, weekend getaways, afford good clothes, and travel on cabs instead of public transport, with that amount of money.

However, not everyone in London earns enough to live comfortably. Some people must have to live with less income. People who earn £100,000 per year also survive in London.

Is It Possible To Live Cheaply in London?

When you live in London, rent will likely be your largest monthly expense. It’s quite costly, and London has a severe shortage of affordable accommodation.

In fact, some of the rental apartments in London are so awful that VICE publishes a weekly section called London Rental Opportunity Of The Week, which features the city’s worst rentals.

To keep your costs down, you must first choose an apartment that is cheap. Obviously, £600 per month will not get you your own apartment. As a result, you’ll almost certainly need to share a flat with someone to split the rent.

If you share your flat and earn over £20,000 per year, you may rent a good, roomy two-bedroom flat in Catford for nearly £650 per month.

You can get groceries from a local store, this will cost you about £15 a week on groceries and you will be able to eat well. Also, for the toilet, kitchen, and cleaning supplies, you can share them with your roommate to save money.

For weekends if you want to go out, you can simply go to the pub or the cinema and avoid going clubbing at the expensive places in Soho, this will definitely save your money.

For traveling, avoid taking cabs or taxis home; the night bus can be found pretty much anyplace in London and is considerably cheaper.

A monthly travel card can be purchased for traveling to work. It doesn’t save you a lot of money, but it does save you some money on the pay as you go.

You can spend a good time in London with a 20k salary but if you try for a good job then you can afford branded stuff as well.

Obviously, it depends on your preferences; if your idea of a good time is paying £20 to get into a nightclub where drinks cost £12 each and taking a taxi home twice or three times a week, you will need a raise quickly.

You should be alright if you have a steady job, avoid Waitrose, and don’t go on too many spending binges.

The problem with London is that you won’t be able to save because of rising prices and other reasons, and if interest rates rise, you might be forced to move away.

How Much Does It Cost To Live Alone in London?

The average single person living in London is expected to spend £793.96 per month, excluding rent.

For a comfortable life in London, a single person’s estimated costs without rent are over $15,000. Even after taxes, it’s a decent salary for a single individual who wants to live comfortably.