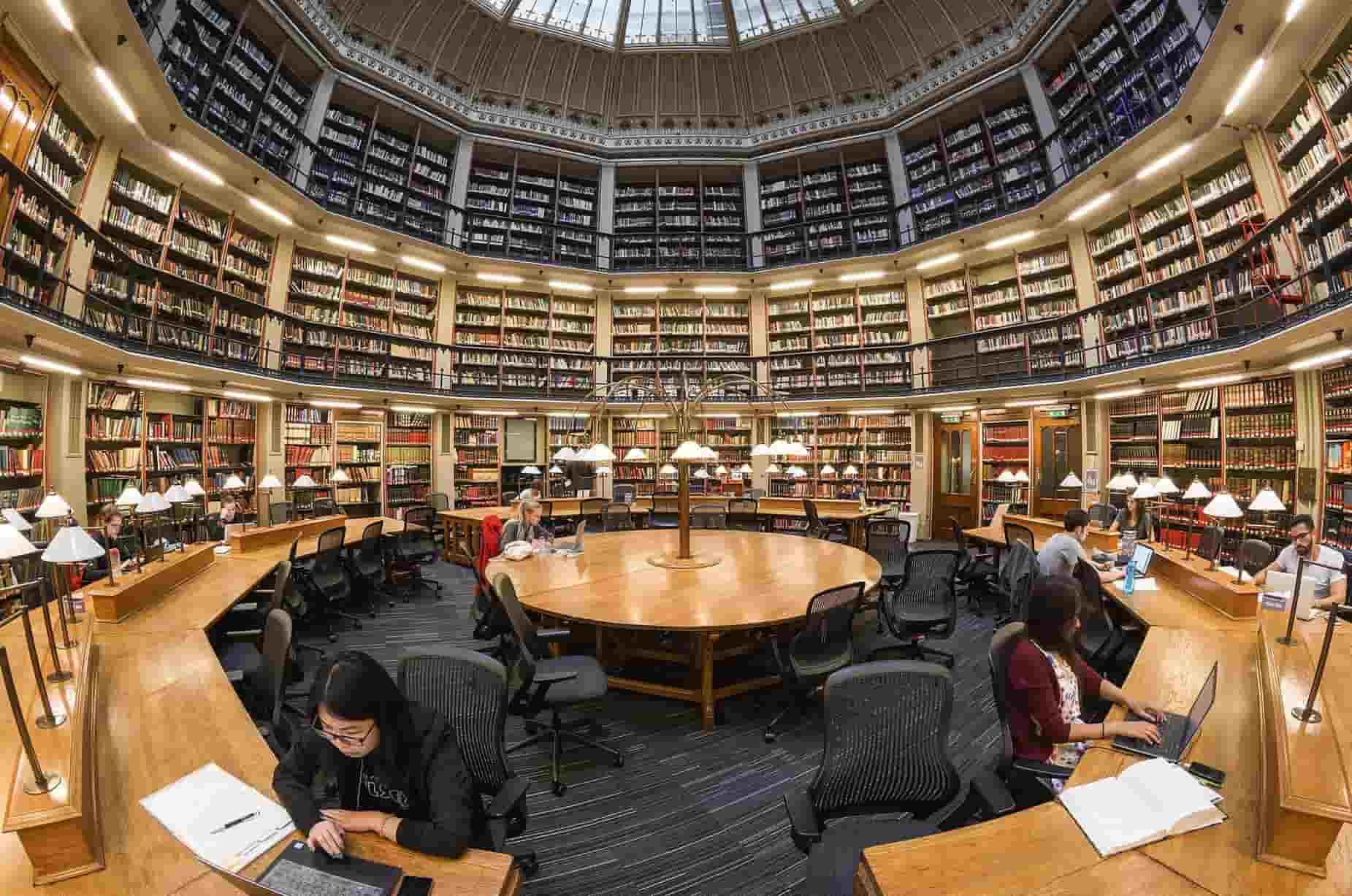 Libraries are not only significant historical and intellectual resources, but they also look pretty nice on camera.

As one of the world’s most significant cultural hubs and the scene for innumerable literary classics, London’s libraries are among the finest in the world, whether they include Victorian classics or daringly contemporary works.

Whether or not you are a bookworm, London’s library selection will amaze you. Continue reading to discover the biggest libraries in London.

The British Library is London’s largest library in terms of the number of cataloged items.

Membership is free, although registration is required to access the reading rooms and the 150 million items from around the world.

This public library was founded in 1973 and houses every book ever published in the United Kingdom. Prior to that, it belonged to the British Museum.

Throughout the year, it presents numerous groundbreaking exhibitions and research programs.

On the five storeys and 11 reading rooms of this magnificent Grade-I listed brick structure, you’ll find a copy of every journal, periodical, and book ever published in the UK.

Visit the Sir John Ritlat Treasures Gallery, which includes the Magna Carta, Leonardo Da Vinci’s notebook, and the original copy of Alice’s Adventures in Wonderland written by C.S. Lewis himself, for the most valuable and rare items.

The London Library was founded in 1841 by Thomas Carlyle, a historian, and essayist who was dissatisfied with the policies of the British Museum.

It is now one of the world’s leading literary institutions, with more than a million books and periodicals spanning 27 kilometers of open-access shelf space.

Any individual stack may contain the works of Virginia Woolf, Kazuo Ishiguro, and the former president of the library, T. S. Eliot.

Among the exceptional collections is the tiniest edition of Dante’s The Divine Comedy and a notable collection of pamphlets by Martin Luther, which includes the first printing of his 95 Theses from 1517.

Membership is available to anyone for a charge, giving the venue an air of exclusivity (Bill Bryson has reportedly signed up). Free tours are offered twice a month.

If you’re not interested in a complete (expensive) membership, there are frequent free nighttime tours of this beautifully maze-like facility.

The neo-gothic dome of the 19th-century Maughan Library is as mesmerizing as it is magnificent, whether viewed from the grass outside or from a lamp-lit desk within.

The magnificent dodecagonal reading room of the Maughan Library has been featured in a number of films, including The Da Vinci Code, but is typically used as a study area.

As a result of a £35 million restoration, the Maughan is the largest new university library to be constructed in the United Kingdom since World War II.

In addition to theses, journals, exam papers, and volumes on humanities, science, and law, the library boasts a former mediaeval church, now known as the Weston Room, with stained-glass windows and a mosaic floor that echoes with the sound of careful footfalls.

If you were to stand at the busy junction outside the Bethnal Green tube station, you may believe you have stumbled across an out-of-place mansion in the center of east London.

You haven’t. Actually, you’re staring at the stunning structures of Bethnal Green Library, which opened its doors in 1922.

Today, it features a library packed with books for both adults and children, as well as two rooms that can accommodate up to 100 people apiece. That is a tremendous book slam waiting to occur.

In 2022, the Bethnal Green Library will celebrate its 100th anniversary. It has certainly earned its Grade II listing and its spot on this list of London’s most beautiful libraries.

5. National Art Library at the V&A

The Victoria and Albert Museum is one of the premier art and design institutions in London.

The National Art Library at the V&A is, thus, the best library in London for subjects such as painting, drawing, sculpture, textiles, fashion, and woodwork.

This beautiful library is tucked away within the V&A, but once you’ve discovered it, you’ll wonder why you never spotted it before.

Its collection includes books on prints, drawings, woodwork, textiles, and metals, among other subjects pertinent to the museum in which it is housed.

As a large public reference library, membership is free and requires only identification and proof of address. Or, you can simply view the interior through the glass in its massive double doors.

The Guildhall Library is a public library that specializes in London-related topics. It is managed by the Corporation of London.

Due to the nature of its collections, the Guildhall Library is an ideal location for researching the social history of London or even tracing your ancestry.

The Guildhall Library aims to provide a comprehensive view of the life and times of the city. Its shelves are lined with almost two hundred thousand volumes.

This library’s building, which is shaped like an inverted pyramid, is reason enough to visit.

As one of the more recent literary landmarks in London, it also serves as a design symbol, courtesy of architect Piers Gough.

From across the water, the library resembles a grounded concrete ship. The building features ground-source heat pumps, solar heating panels, a sedum green roof, and wood that was acquired sustainably.

And the interior is more than a library; it is a lifeline for the local community, where children can learn to code, senior people can seek assistance with job-hunting, and others may enjoy mystery book bags.

With its patterned carpets, clean wood furnishings, and suspended huge orb lights, this room is ideal for passing the day.

No registration is required, but only Southwark residents may check out books.