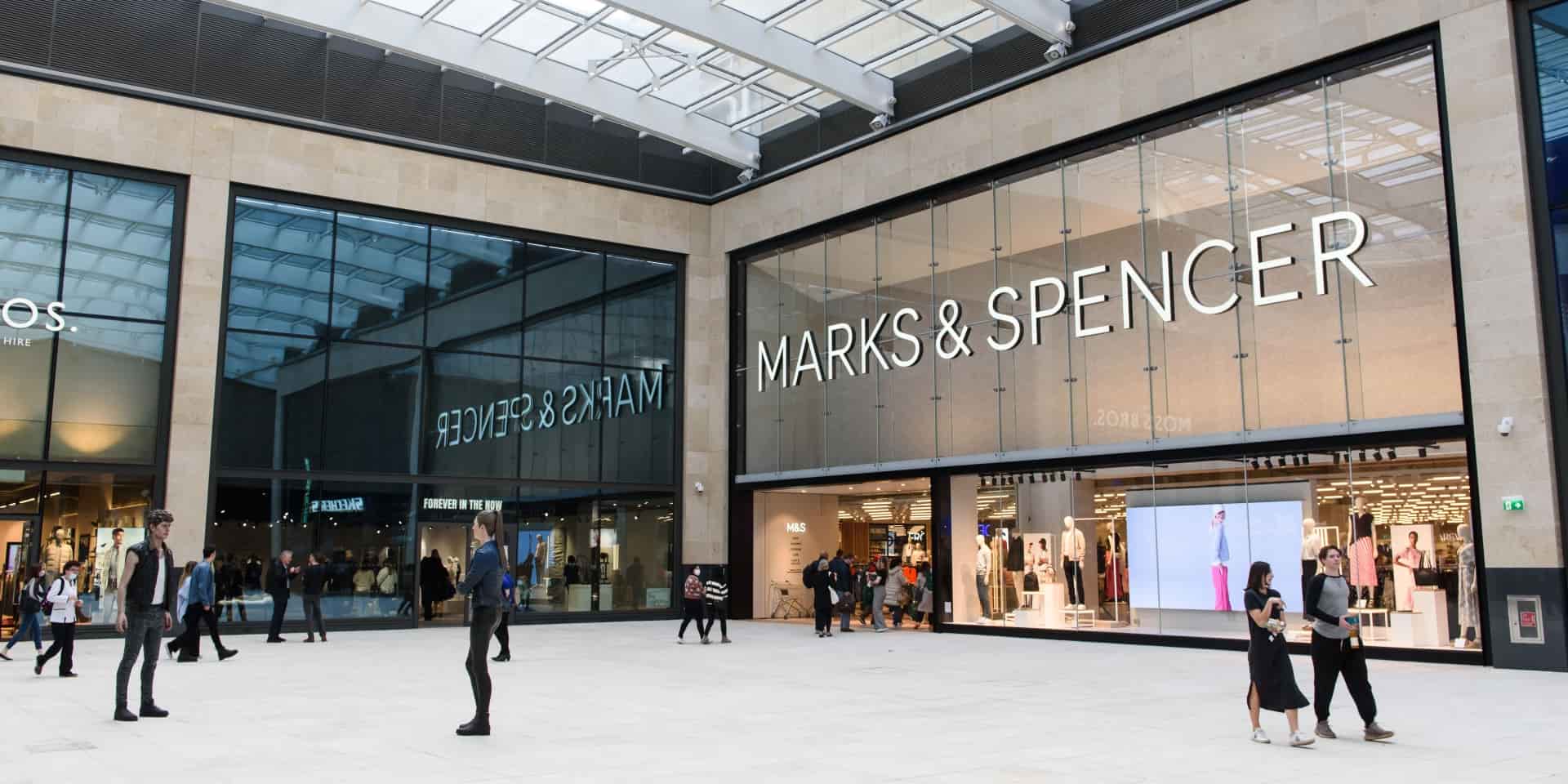 Marks and Spencer is a significant British international retailer with headquarters in Paddington, London.

Marks & Spencer is one of the most recognizable brands in the United Kingdom and has been a mainstay on high streets for over a century.

The brand has a lengthy history in the British market, having opened its first store in 1884.

The brand caters to a varied customer base by offering plus size, pregnancy, and small sizes. It specializes in selling apparel, beauty items, home goods, and food products.

Marks & Spencer has released a study titled “Plan A” to demonstrate its dedication to global social and environmental challenges.

The environmental rating for Marks & Spencer is “A Good Start.” It utilizes eco-friendly components, such as recycled materials.

It has set a science-based goal to reduce greenhouse gas emissions from its operations and supply chain, and it is on track to achieve this goal.

It had also established a timetable to eradicate all dangerous chemicals by 2020, which sadly was not accomplished.

As of 2021, there were 1,035 Marks and Spencer locations in the United Kingdom and 452 elsewhere in the world.

The corporation employs around 66 thousand individuals across its global activities, the majority of whom are women. However, there were more men than women among senior managers and board members.

Through its television advertising, M&S proclaims the exclusivity and luxury of its food and beverages. It also provides an online food delivery service in partnership with Ocado.

Where Is The Biggest Marks And Spencer Store In London?

The biggest Marks and Spencer store is in London’s Marble Arch, on Oxford Street, with over 16,000 square meters (170,000 square feet) of retail space.

But the store argued that the shop was surplus to their needs and that the only option to convert it into a combination of offices and much smaller retail space was to demolish it and begin construction over.

However, the demolition of the main Marks & Spencer shop on Oxford Street has been halted pending further government review.

It is because the environmental impact would be so enormous that it would violate the London Plan – City Hall’s guidelines for new constructions and planning applications.

However, there is a second large Marks & Spencer store in South London. It is a 100,000-square-foot store set in a retail park alongside a Sainsbury’s supermarket and will be among the company’s 20 largest locations.

The inauguration of the M&S shop in Colliers Wood coincided with the first day of phase one of Marks & Spencer’s high summer ranges hitting stores, allowing customers to see brand-new merchandise in a significant portion of ranges.

Colliers Wood uses the most up-to-date fixtures and fittings and makes the most extensive use of segmentation to capitalize on its sub-brands.

This includes Autograph and Autograph Weekend at the front of the store, along with Limited Collection and Per Una.

This store features two cafés and a deli bar and has also included energy-saving measures, such as self-closing faucets, escalators with lower energy consumption, and motion sensor lighting.

What Are The Products Of Marks And Spencer?

Marks and Spencer Group is a retailer that carries an extensive selection of clothing, home goods, and food items.

They use materials that have been carefully sourced, and they make their clothes to last, so that their clients may feel good, and look good.

As the biggest clothing retailer in the UK, they do their share to develop a more sustainable fashion business.

Their food division is also renowned for its exceptional quality, high levels of innovation, and close ties with its suppliers.

At M&S, they have a team of professionals that are enthusiastic about including more fruits and vegetables in their product offering.

They are designing alternative proteins that are responsibly sourced, have high sustainability credentials, are nutritionally helpful, and – of course – taste incredibly good.

Plant Kitchen was created in 2019 to fulfill the increasing consumer demand for meat and dairy alternatives. It debuted with sixty things, and they have worked to grow it since then.

As part of Plan A, their initiative is to achieve net-zero emissions by 2040 and their goal is to double Plant Kitchen sales by 2024.

What Makes Marks And Spencer So Special?

Marks & Spencer built up a position in the industry by offering clothes that were both well-made and inexpensive.

It was the first store to establish a research laboratory for pre-product quality testing and the development of creative new materials. Higher quality at cheaper costs proved to be a tremendous success.

It has established a strong corporation, trading in 30 countries and operating more than 300 locations in the United Kingdom alone.

Additionally, Marks & Spencer has devised a 100-point eco-plan. It will be the modern representation of how M&S conducts business.

Why Is Marks And Spencer So Popular In The UK?

It ranks the largest supermarkets in the United Kingdom based on the in-store shopping experience, store appearance, product selection, and value.

In a poll of 3,000 UK shoppers, M&S scored a 78% customer score, with people complimenting its store aesthetic, customer service, and the quality of its own brand and fresh products.

How Many M&S Stores Are There In The UK?

In London, there are a total of 89 Marks and Spencer stores.