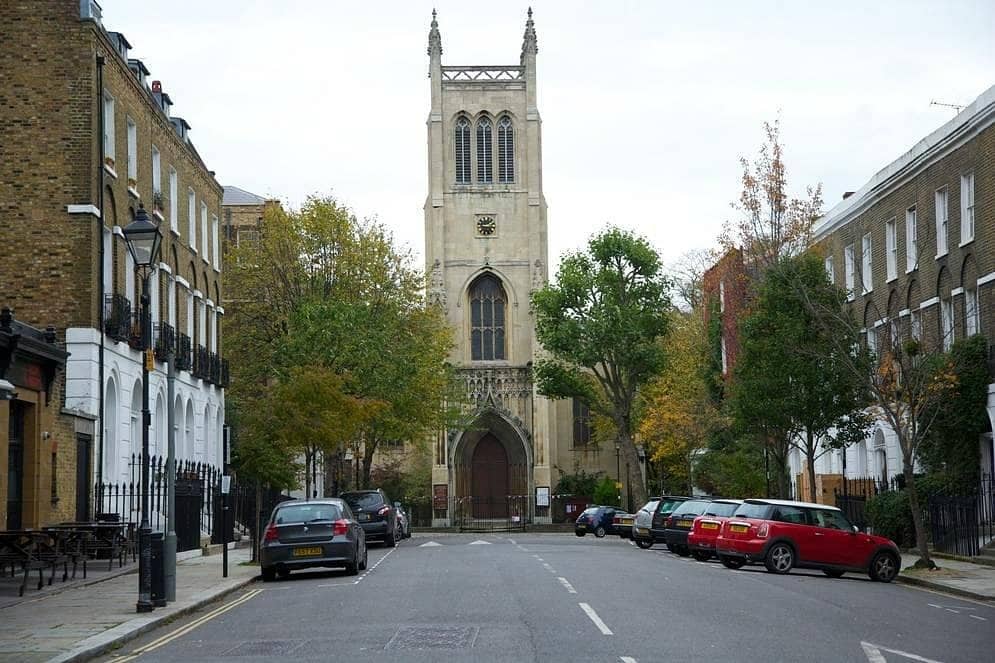 Clerkenwell was a historic parish dating back to the Middle Ages, and it currently forms part of the London Borough of Islington.

In 1924, the well after which it is named was rediscovered. The trades of watchmaking and watch repair were previously quite important.

Clerkenwell is a neighborhood in Central London located just north and west of the City, a few Tube stops from Oxford Street and a short walk from the Square Mile.

Bloomsbury, Islington, Holborn, and Kings Cross all border the region, which is also home to City University and the BPP University Law School, as well as Farringdon Station, which provides easy access to the London Underground and mainlines National Rail.

The majority of Clerkenwell is relatively secure. There are so many stories that you may get to hear about Clerkenwell being dangerous but it is not. Few incidents may happen but it is normal in any busy region.

Just don’t stroll through the region aimlessly gazing at your phone or whatever else and not paying attention to your surroundings.

Is Clerkenwell A Posh Area?

Clerkenwell is a small district in the heart of London, close to the West End and the City.

In the 1990s, Clerkenwell became very posh. In those Victorian warehouses, it is all branding consultants-cum-boutiques and luxury stores.

Many industrial properties used to exist in the region, but many of them have been converted into elegant huge homes that are popular with designers, artists, and musicians.

In the center of the capital city, you will find a diverse mix of repurposed industrial buildings and high-end apartment blocks offering luxury living.

On City Road, Chronicle Tower, Chequer Street, and Granville Square, some of the most sought-after residences may be found.

All of this contributes to the area’s distinct charm, which is rare to find elsewhere in London.

There are many different types of properties available, but Clerkenwell is most renowned for its trendy loft apartments.

Clerkenwell has cutting-edge eateries and cozy gastropubs, as well as traditional pubs, slick bars, and nightclubs.

Exmouth Market, which hosts a twice-weekly street-food market, is lined by hip cafes and independent stores.

Food stalls, as well as clothing and products, are available at Leather Lane Market, which caters to local office employees.

So, we can say that Clerkenwell has changed a lot in these years and has become a posh area.

Is Clerkenwell London A Good Area?

Clerkenwell is one of London’s most historic neighborhoods, and it is also one of the city’s nicest places to live.

It is located just outside the City limits and has a great location and a lively environment.

Clerkenwell attracts new inhabitants who work in London’s financial district and the tech sector due to its proximity to the city center.

With many tenants and home buyers looking for greater value for money, this quickly improving neighborhood has witnessed an increase in demand for property, albeit the recent surge in demand has inevitably resulted in a rapid increase in property values.

However, good-quality lodging can still be found at reasonable prices.

In Clerkenwell, you will find a diverse mix of repurposed industrial buildings and high-end apartment blocks offering luxury living.

There is a noticeable concentration of design professions and related industries such as high-end designer furniture outlets in and around Clerkenwell, as well as many of London’s prominent architectural practices.

Clerkenwell has seen a change in recent years, with a slew of new trendy eateries and pubs springing up.

The Smithfield meat market, which is a bustling hive of activity throughout the day, is also located in Clerkenwell.

Clerkenwell residents also benefit from short commutes to downtown London and quick access to most parts of the city.

It is considered a good area and neighborhoods like Clerkenwell make London one of the greatest cities in the world.

What Is Clerkenwell Known For?

Clerkenwell is known for attractive edge-of-city trades like jewelry, printing, bookbinding, lock-making,and the production and repair of clocks and watches since medieval times, and several of these crafts are being practiced today.

Clerkenwell is a region that is familiar to literary fans, as it appears frequently in the works of Shakespeare, Charles Dickens, and William Makepeace Thackeray.

This area has traditionally been a haven for artists and writers. It now features a thriving community of young designers and professionals.

This area’s apartments are typically modern and up-to-date, with stunning views of London’s skyline.

Because it’s only a short drive into the city, this neighborhood is usually quiet during the week as its residents commute to work. It comes alive on weekends, though, with lively markets, unusual eateries, and full pubs.

Some of the greatest restaurants in the region are Sushi Tetsu, Polpo, and St. John Bar and Restaurant.

Some of London’s best markets are for people who enjoy cooking. Exmouth Market, Whitecross Street Market, and Leather Lane Market all have excellent organic food, meat, and produce.

Sadler’s Wells Theatre, located in Clerkenwell, is one of the top contemporary dance theatres in the world. Every year, half a million people visit to attend the shows. There is also a vibrant theatre and music scene.

You wouldn’t expect to find green spaces in such a densely populated region, yet Spa Fields is a bustling park with a playground nestled among the trees.

What Kind Of Area Is Clerkenwell?

Clerkenwell is a district of the London Borough of Islington in Central London. Between the 1850s and the 1960s, Clerkenwell was known as London’s “Little Italy” because of the great number of Italians who lived there.

Clerkenwell is bounded by Angel on the north, Shoreditch on the east, Farringdon and the City on the south, and Bloomsbury on the west.

In the heart of Central London’s Islington Borough, Clerkenwell offers an ultra-fashionable lifestyle and is one of the city’s greatest gourmet attractions.

The district caters to London’s young professional population and is noted for its historic pubs, bars, and Michelin-starred restaurants, as well as a population involved in theatre, design, and entertainment.