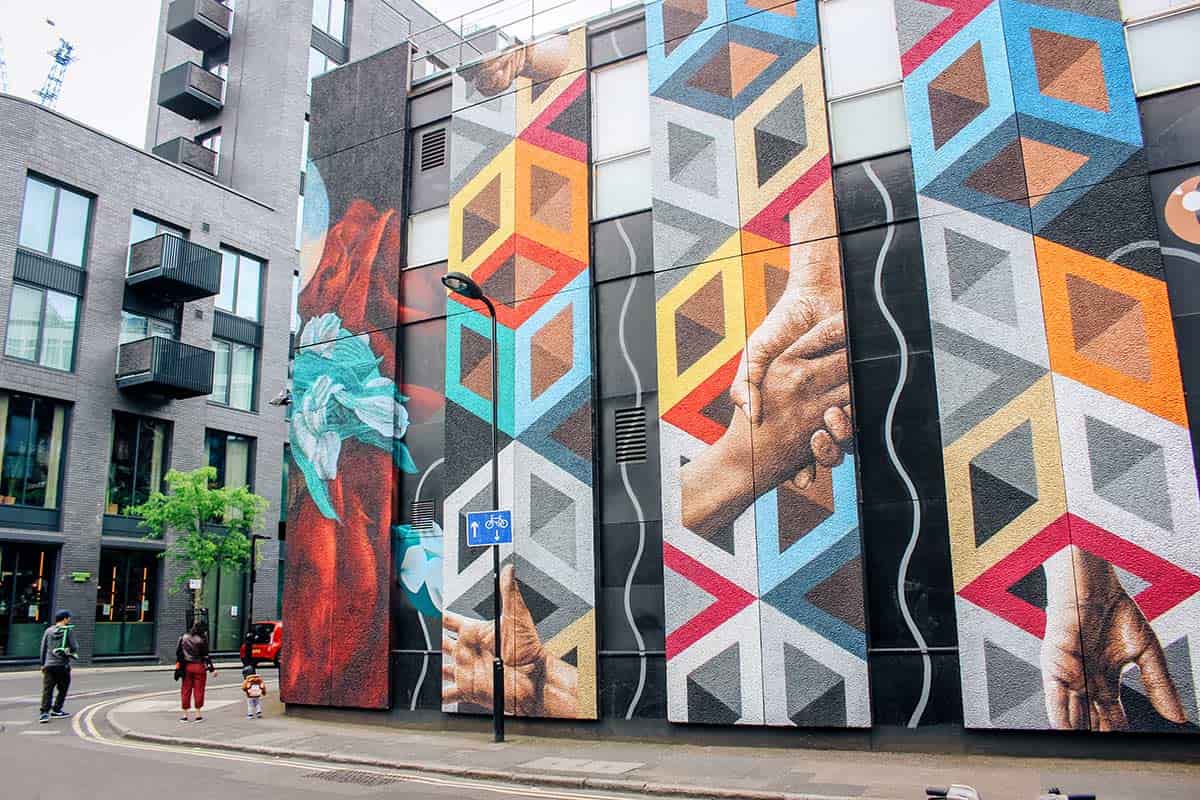 East London, which includes the boroughs of Barking and Dagenham, Hackney, Havering, Newham, Redbridge, Tower Hamlets, and Waltham Forest, is a region of London, the nation’s capital.

It is located to the east of the historic City of London and the north of the River Thames.

Pop-up art exhibits, hangouts, and active food markets are easy to find. Additionally, thanks to London’s extensive network of Tube lines, commuting into Central London won’t be a problem.

In a recent survey, Londoners’ opinions on where they live revealed that East London is considered poor rather than rough.

In contrast, Brixton and Streatham in the south were regarded as rough, whereas Shoreditch, Hoxton, Bethnal Green, and Whitechapel were considered poor.

Is East London Safe At Night?

East London is generally a safe area. This is not to argue that crime never happens in this area, though.

Overall, East London is no riskier than the rest of London. There are occasional home invasions and muggings in this area, so locals must be careful to secure their belongings and avoid walking alone at night.

The majority of East London is served by a network of buses, tubes, and overground trains, all of which are perfectly safe options for daytime and nighttime travel.

You can safely take a nighttime stroll on your own in the majority of East London neighborhoods. Every day, people of all genders stroll alone through East London without a second thought.

But here, common sense should be used. You’ll probably be safe if you’re walking down well-lit, crowded streets.

You might put yourself at risk, though, if you proceed alone after dark through vacant streets and alleys. Before choosing to go alone after dark, it is wise to consider the route you will follow. You could be better off summoning yourself an Uber if it’s late and nobody is around.

East London and West London are two of the divisions between London neighborhoods that are most frequently mentioned, and it’s understandable why.

East London is regarded to be a little more gritty, whereas West London is often considered the more posh part of the city.

High poverty is especially common in parts of Tower Hamlets, Hackney, Newham, and the northeast of London.

East London is impoverished and unclean but also artistic and obnoxious. It is one of London’s poorest neighborhoods but has recently been revitalized by Olympic Park improvements and booming youth culture.

East London is generally no more dangerous than the rest of London. Locals must take precautions to secure their things and avoid strolling alone at night because there are occasionally home invasions and muggings in this region.

However, it would be difficult to locate a big metropolis where these kinds of safety measures aren’t required.

The East End has historically been one of London’s most impoverished regions, with some of the city’s highest crime rates.

However, a significant portion of East London has undergone gentrification recently, especially in boroughs like Islington and Hackney, making it safer. There are still parts of East London where crime rates are high.

The boroughs of Newham and Tower Hamlets were ranked as the second and third most dangerous in London in 2021, respectively, according to data from the Metropolitan Police. However, statistics don’t always provide a complete picture.

You can still feel comfortable strolling around in broad daylight even in areas with higher crime rates! To obtain a better idea of which streets you should avoid and which are completely safe to explore, we advise talking to locals.

Tourists can feel very safe in East London. Pickpocketing, mugging, and frauds are the most frequent crimes committed against tourists in London.

In fact, these dangers are significantly more prevalent in central London’s tourist areas than they are in the East.

This is because small-time thieves visit the town’s core in order to target tourists there, where they are aware that they frequently congregate.

East London is a considerably less popular tourist destination, thus there are fewer pickpockets and con artists targeting tourists there.

Visitors should use caution in this area of the city. The usual security precautions that apply anywhere else also apply in East London: avoid walking alone in the dark on unlit streets, don’t carry around a lot of cash that can be seen, and always keep a watch on your belongings.

East London is known for being the most fashionable side of London for young professionals because of its art and vibrant creative scene.

You won’t have any trouble finding work if you relocate to East London. London continues to be the global financial center despite Brexit. Canary Wharf in East London is home to international firms in the legal, media, and financial sectors.

You will not struggle to find pop-up art events, hangouts, and bustling food markets. And you will have no difficulty commuting into Central London because of its strong network of Tube lines.

Even though there are not many major attractions in East London, there are still a lot of other things to do other than eating, shopping, and drinking.

West Ham United, a Premier League team, plays at Upton Park; Milwall FC, a team in a lower tier, plays at The Den in Bermondsey; greyhound racing is held at Walthamstow Stadium; and the Royal Victoria Docks offers a variety of water sports, including sailing and dragon boat racing.

And as night falls, East London has a good selection of restaurants and bars. Additionally, the East End offers a more affordable alternative to the more pricey City and West End neighborhoods for nightlife.

There are a dozen or so prominent restaurants and bars in Canary Wharf, including the upscale Corney & Barrow, Pizza Express, and Wagamama.