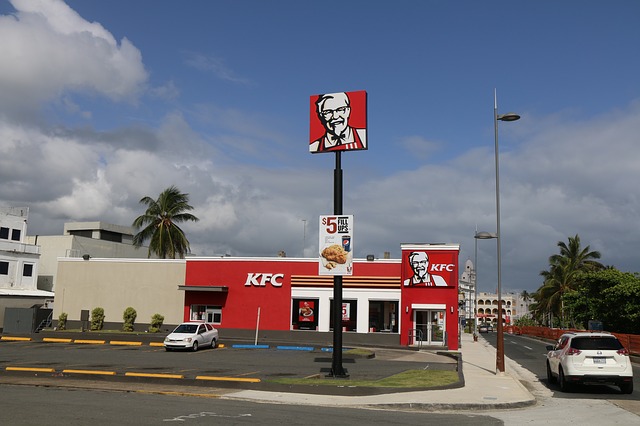 Many Muslims in the United Kingdom enjoy KFC, but is it halal?

KFC takes pride in fulfilling the expectation of its customers, with locations around the country and worldwide. Many people, however, avoid such restaurants because they think they are not truly halal.

They claim that many of their London locations also provide halal and vegan menu options.

There are some halal KFCs in London, particularly in East London. It is because the borough of Tower Hamlets, where the East London Mosque is located, has the highest Muslim population.

In 1965, KFC introduced its first halal outlet in the United Kingdom. Since then, KFC has grown its halal restaurant network to over 700 sites in the UK and Ireland, some owned by the firm and others are halal franchised.

This is due to the fact that the certifier is the Halal Food Authority (HFA). The organization oversees and evaluates their operations, and some stores have been certified as Halal.

This organization is conducted by Muslims, yet their Zabiha technique differs from that of other experts, which is stunning animals before slaughter. This does not, however, constitute it haram.

It all comes down to you and your viewpoint. We put our faith in scholars to formulate and apply Islamic law as Muslims. There is some controversy in this matter. Stunning Animals can be found here. Finally, you must decide if you wish to embrace HFA’s reasoning or HMC’s more traditional position.

Is There Any Halal KFC In The UK?

In the United Kingdom, there are about 900 KFC locations. Around 130 of them have Halal certification for their restaurants and food.

They claim to set high standards across all their restaurants and with their suppliers.

They collaborate closely with the Halal Food Authority, which certifies and examines their Halal outlets on a regular basis.

KFC’s products are not halal in most parts of the world since they do not use halal meat.

Some KFC locations are halal, while others are not.

For example, in places where everything is halal, such as Turkey and Dubai. Also, there are some halal KFCs in London, particularly in East London.

On the other hand, in the US, only a few outlets of KFC serve halal menu options among 5,200 outlets.

Simply put, if the majority of a country’s or city’s population is Muslim, or if the Muslim population is considerable, there’s a good probability that KFC uses halal meat in those locations.

There also have been reports that KFC displayed a false halal certificate and that its chicken came from Wenky, which is not halal.

Are There Any Halal McDonalds UK?

McDonald’s is not Halal in the United Kingdom. McDonald’s, on the other hand, provides Halal menus in nations where Muslims are the majority.

According to the McDonald’s UK website, there are currently no plans to add Halal food to the menu at any British McDonald’s restaurant.

McDonald’s fries are not Halal approved. The fries are vegan-certified in the United Kingdom, so you can consider them Halal as well.

The Halal Food Authority (HFA) has certified KFC chicken halal. It is a certification that is followed by a large number of restaurants and takeout in the United Kingdom. Some Muslims, however, will not eat food that has been shocked before slaughter.

KFC can never be considered haram because only alcohol and pork are prohibited. However, the phrases haram and halal are often used incorrectly in our society.

When it comes to eating permitted animals like chicken, there are two viewpoints.

One viewpoint is that it must be slaughtered in an Islamic manner which is called zabiha. As a result, Muslims who share this belief would not eat at KFC because the chicken is not zabiha.

Another viewpoint enables Muslims to consume the meat of permitted animals slaughtered by Christians or Jews, therefore if KFC is located in a Christian or Jewish country, Muslims holding this viewpoint would consider it halal and consume it.