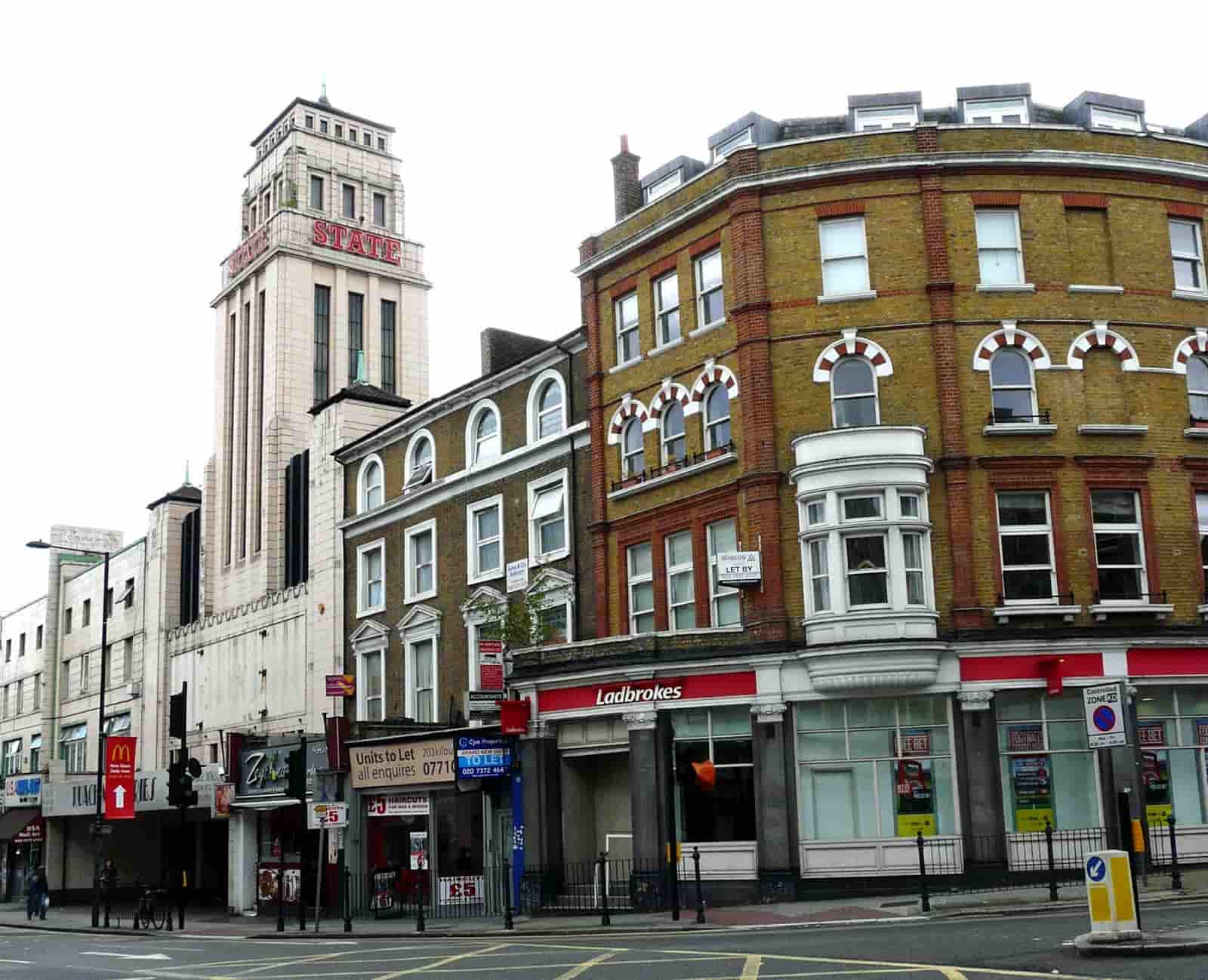 Kilburn is a neighborhood in northwestern London that is split between three London boroughs: Brent, Camden, and a tiny section of Westminster.

Kilburn High Road, part of the contemporary A5 road that runs northwest-southeast and connects the boroughs of Brent and Camden, is the principal thoroughfare.

The road dates back to pre-Roman times and is part of Watling Street, a Roman thoroughfare. Kilburn traces its roots back to a 12th-century priory on the banks of the Kilburn Brook.

Kilburn is a diverse multicultural neighborhood centered on Kilburn High Road, which is lined with high-end businesses, historic pubs, and chain burger joints.

Kilburn has a high crime rate statistically, and loitering on the High Road after midnight increases your chances of becoming a statistic.

The place is a little run-down and unpleasant. South Kilburn is extremely congested and the supermarkets there are in short supply.

Is Kilburn In London Safe?

Kilburn is, on the whole, a dangerous place. There are significant rates of crime, particularly in the western areas of the region, as well as poverty and litter on the streets.

At night, women say they do not feel safe on the streets. There are a few sketchy characters around, especially hooded groups, but the high street is never empty, and safety is ensured by numbers.

Newspaper headlines on drug and gun crimes primarily serve to scare people; this is a sort of crime that only impacts those who are involved.

Kilburn is a bustling, multicultural London neighborhood. It boasts the biggest proportion of Irish people of any London borough, as well as a sizable Afro-Caribbean population.

Kilburn is home to a sizable residential area. In the center, there is a large municipal estate, followed by lush, peaceful streets.

There are plenty of bedsits and rooms to rent in detached and terraced residences. A week’s rent for a room starts at around £70. The rent for a one-bedroom flat starts at £175 per week.

Kilburn has been traditionally Irish for a long time, as seen by the pubs and music scene, although this is no longer the case. A number of Irish pubs have lately closed, and there has been an influx of immigrants from former Soviet bloc nations.

There is also a sizable Muslim and black population in the area, particularly in south Kilburn. Kilburn is a diverse community. Some of the people here appear to be impoverished, while others appear to be wealthy.

Except for a few bars in the evening, it is not the type of place where young working professionals congregate. At lunchtime, you will witness the gritty, hardworking locals enjoying a pint.

In Kilburn, there is a park called ‘Grange Park.’ It is a medium-sized facility including tennis courts, a children’s play area, a netball court, and a huge grassy sunbathing area.

The Kilburn Festival, which is free, takes place here every July. Last year, there was international live music, such as reggae, jazz, and traditional Irish tunes, as well as various stalls and a large number of guests.

In terms of restaurants and cafes, Kilburn has a lot to offer. In the north, there’s a great restaurant called ‘Small and Beautiful’ that serves Mediterranean cuisine and has special deals Monday through Friday before 7 p.m.

Speedy Noodle, a Chinese fast food restaurant in Kilburn that delivers huge, excellent soups at a lower price. Many of the pubs also serve delicious food.

Brondesage, The Black Lion, and The North London Tavern are the three prominent pubs near Kilburn tube. Brondesage is a large, modern pub where you may enjoy a drink at any time.

There are also the African and Indian eateries worth visiting, such as ‘Buka’ and ‘Kovlam’ on Willesden Lane, as well as the numerous affordable cafes and kebab takeout. Everyone will find something to their liking.

The Tricycle, an excellent cinema, and theatre in the heart of Kilburn, also has its own art gallery.

The Luminaire is a nightclub with live music every night of the week, while Mecca is a big bingo hall.

The neighborhood is comprised of many shops. There are numerous discount stores, such as Pound Stretcher, where you can discover a wide variety of bargains such as cleaning supplies and other household items.

There are great fishmongers, a regular market, street merchants, and larger retailers like Marks and Spencers, Sainsbury’s, and Primark.

Kilburn also has good public transportation, including the tube, trains, and buses.

Is Kilburn Up And Coming?

Kilburn is an up-and-coming suburb that is simple to live in, yet some may find it a little tough. It is still undervalued, and it has a long way to go before it catches up to Queen’s Park or West Hampstead.

The rehabilitation of the South Kilburn estate, which stretches from Kilburn High Road to Kilburn Park Road, up Malvern Road to Queen’s Park station, and then south of the railway line, is halfway completed and expected to be finished in 2029.

On Carlton Vale, it will have 2,400 new residences, a new elementary school, a health center, stores, restaurants, a new park, and a tree-lined promenade.

The High Road, which runs straight through the heart of the city, is congested with people of many ethnicities, vehicles, and shops.

The northern end is becoming more of a nightlife hotspot, whilst the southern part is more of a shopping district, with a McDonalds, Burger King, and street vendors selling DVDs.

Which Borough Is Kilburn In?

Kilburn is a district in northwest London, England, that straddles three London boroughs: Camden to the east, the City of Westminster to the west, and Brent to the east.

Kilburn is one of London’s most vibrant and atmospheric neighborhoods.

Traveling is a breeze from Zone 2 location, only 15 minutes from Oxford Circus, and it is never more than a 30-minute tube ride from what the majority of London has to offer.