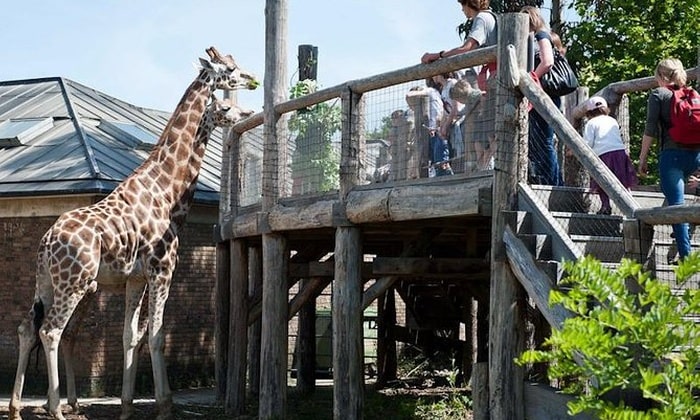 The London Zoo, often known as the Zoological Gardens, is a zoo located in the northern portion of Regent’s Park in the City of Westminster, London.

It contains one of the world’s most extensive collections of animals and the largest zoological library of any zoo.

London Zoo is without a doubt one of the most ethical zoos in the United Kingdom, and despite its proximity to the city center, it provides one of the best conservation experiences possible.

The habitats are kept as close to their natural state as feasible. Kangaroos have access to expansive sand plains, whereas tigers can conceal themselves in dense shrubbery and grasslands.

In addition, they contribute significantly to the preservation of local wildlife; they are currently monitoring the population and development of Thames Marine Mammals to assure their safety.

Londoners widely use plastic bottles, which is why London Zoo has created the #oneless movement, which tries to alter people’s attitudes towards using single-use plastic. There are no plastic bottles at the zoo’s cafes or retail locations.

Despite the fact that there are currently thousands of creatures representing hundreds of species at the London Zoo, their staff tries to maintain the collection in accordance with the animals’ natural behaviors.

Less than 3% of their garbage is now disposed of in landfills, and they are trying to reduce this number even more.

Following are the steps taken by the London Zoo’s management to reduce negative environmental impact:

They are decreasing their energy and fuel use by adding new condensing boilers, electric vehicles, LED lights, and renewable energy systems.

They are decreasing their water consumption through improved management, the repair of leaks, and the collection of rainfall in water butts and moats.

In their shops and cafes, they are supporting Fairtrade, organic, local, and seasonal items, including the sale of exclusively responsibly sourced seafood.

Working to ensure that only sustainable palm oil is used in all of our goods, including food, animal feed, and cleaning supplies.

They educate visitors on how to protect the environment and conserve local species by posting informational signs across the property.

They attract local wildlife to their site with wooded areas, ponds, and nesting boxes for birds and bats.

Many of their animal exhibits are constructed and operated in clever ways that reduce waste, so minimizing their environmental impact and expense.

They are continually creating new concepts, such as a new rainwater collection system.

In Land of the Lions, they re-used components from other buildings and exhibitions, such as ZSL Whipsnade Zoo’s surplus train stock to recreate the Sasan Gir railway station.

The environment of Gorilla Kingdom was constructed using only eco-friendly resources, such as FSC wood and bamboo instead of steel.

The installation at Penguin Beach was constructed using solely FSC-certified wood, and the amount of concrete required was cut by fifty percent by reusing waste materials.

The ceiling of the Clore Rainforest Exhibit was constructed with an insulating layer that UV rays can penetrate in order to harness the sun to heat the interior and reduce energy use.

The show also has sustainable plants and compostable banners.

How Many Animals Does London Zoo Have?

The London Zoo, one of the most popular attractions in London and the oldest scientific zoo in the world, is home to 698 species and 20,166 individuals, making it one of the greatest collections in the United Kingdom!

And in their blue zone, they have Gorillas, Tigers, Komodo Dragons, Camels, Reptile House, and Red River Hogs.

What Makes London Zoo So Special?

The London Zoo is brimming with surprise and astonishment, with over 650 species of animals to observe and thousands of other startling and fascinating discoveries to uncover.

You can come face-to-face with their Asiatic lions and their sociable giraffes as they enjoy a meal.

They have an exhibit named B.U.G.S where you can question their insect specialists on the importance of insects to their ecosystem.

Also, you can visit their Madagascan shrub woodland and see how many ring-tailed lemurs you can spot.

In Europe’s only walk-through spider experience, you can get up and personal with their resident arachnids and take a Spider Selfie.

They have a number of well-known attractions such as Gorilla Kingdom, Penguin Beach, Tiger Territory, Monkey Valley, The Reptile House, and Butterfly Paradise.