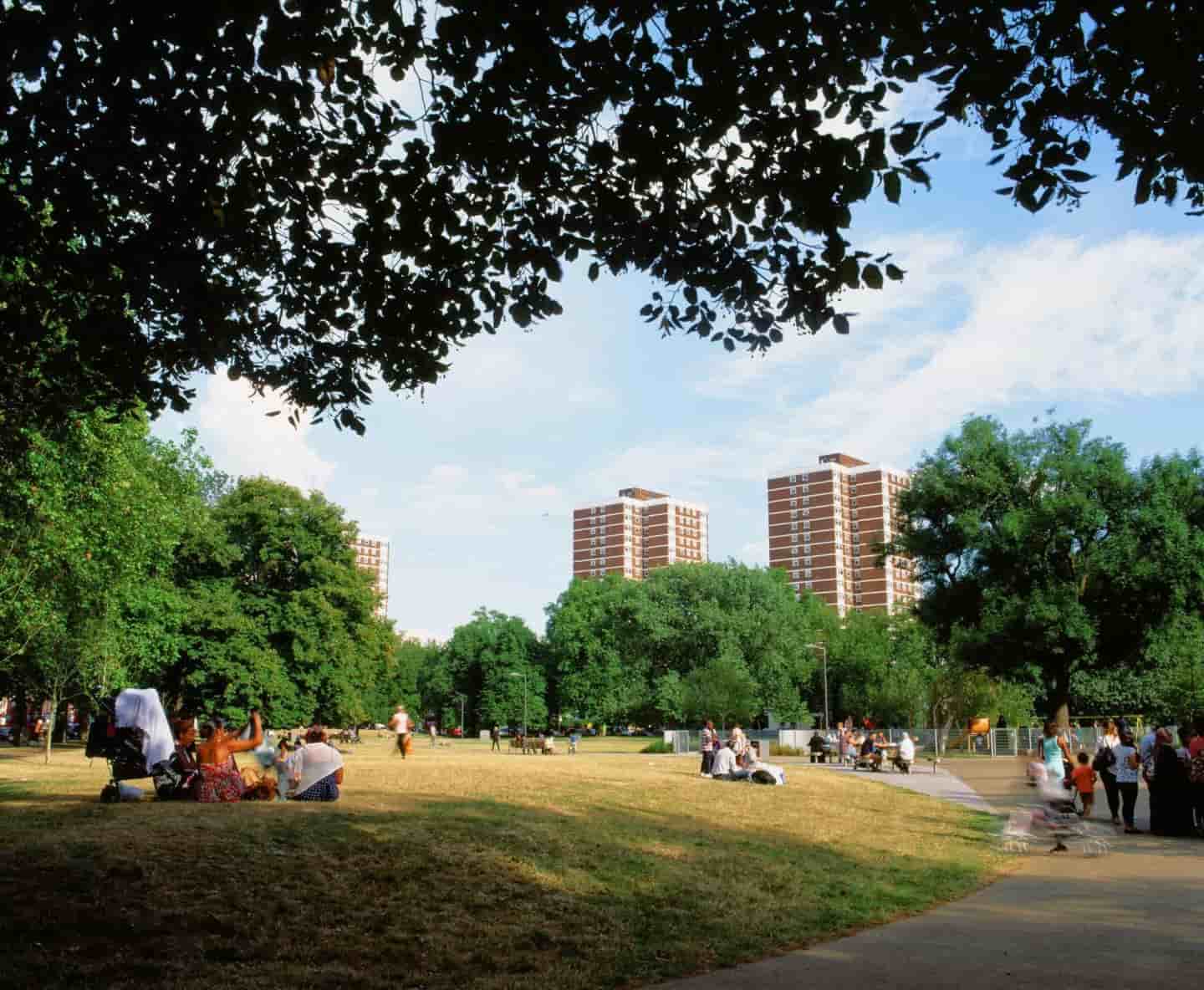 Shepherd’s Bush is a bustling, multicultural neighborhood with a mix of residential and commercial properties.

Cocktail bars and live music venues like the O2 Shepherd’s Bush Empire are packed with young workers. Retail chains, luxury boutiques, and international eateries are all housed in the massive Westfield London complex.

Shepherd’s Bush got its name from a conspicuous shrub on the triangular green where shepherds used to stop to rest their flocks on their way to London’s market.

Shepherds Bush is as safe as any other London neighborhood, and the tabloid press bears much of the blame.

As you’d expect from a tourist hotspot with a huge retail mall as its main attraction, crime reports are similar to what you’d find anywhere in London.

The vast majority of offenses are related to anti-social behavior, although there are few complaints of burglary or criminal damage.

There are many residential districts tucked away in corners further away from the town center, where magnificent townhouses and pretty historic properties line the streets. It’s well-lit as a lively metropolitan zone, and you’ll never travel far without bumping into someone.

It may be dangerous at night, so keep your wits about you and stroll on well-lit streets. You can take the precautions mentioned below to avoid any inconvenience.

It is a safe and desirable district of London to live in, despite being a little rough around the edges. The region also has a lot of wonderful restaurants, pubs, and entertainment places, and its central location makes it a lively and exciting place to live.

Shepherd’s Bush is a London old-school classic yet posh area, located between the wealthy neighborhoods of Hollard Park and Notting Hill.

Shepherd’s Bush is laid-back like a Sunday morning, with markets, independent stores, and well-known music venues, as well as the 150,000-square-metre Westfield Shopping Centre.

The Shepherds Bush W12 region, a swarm of activity, is growing increasingly popular with purchasers and renters as the place to be.

There are plenty of fascinating things to do in this West London region, which is home to a slew of lively restaurants and music venues, including the 02 Shepherd’s Bush Empire building.

If you are looking for a post-work pint or a classic dining experience, go to Princess Victoria, which has been lovingly restored to its former grandeur as a Victorian Gin Palace around 1929.

The atmosphere is relaxed and refined, with all types of people welcome, as is customary in the Bush.

The environment is excellent with connections to downtown London, and its thriving entertainment scene has made it an “it” spot. Shepherd’s Bush still has a lot to offer if you prefer a quieter life.

The Shepherds Bush Empire and Bush Hall are two excellent music venues in the neighborhood, but the majority of the area is quiet. You’ll be within walking distance of the lovely Holland Park, which offers plenty of green space.

Which Borough Is Shepherds Bush?

Shepherds Bush is a district in West London in Greater London. It is bordered by Hammersmith, Holland Park, Kensal Green, and Chiswick and is part of the London Borough of Hammersmith and Fulham.

In one borough, Hammersmith and Fulham bring together the best of London and have so much to offer:

Hammersmith and Fulham council is happy to serve them and meet their requirements, which range from free home social care to a goal of zero carbon emissions by 2030. As a result, it is the best borough in which to visit, work, and live.

The borough profile paints a vivid picture of life in the borough and displays data in a visually appealing and easy-to-understand style. The information is presented in the form of maps, tables, and graphs.

What Zone Is Shepherds Bush London?

Shepherds Bush is a London Underground station located in the Shepherd’s Bush borough of Hammersmith and Fulham, London. The station is in Travelcard Zone 2 and is located on the Central line between White City and Holland Park stations.

Residents of London’s Zone 2 areas enjoy a diverse set of advantages. There is something for everyone in Deptford, from fantastic transit links to uber-cool Camden to the tranquil leafy comforts of Hampstead.

Many areas in Zone 2 are regarded as Central London, despite the fact that they are frequently leafier and village-like.

Zone 2 may be the ideal spot to buy a home for individuals looking to get a little more property for their money while still being close to the excitement.

The most popular postcodes in Zone 2 London have well-established property markets, making them a better option than houses in the outlying zones when it comes to capital growth.