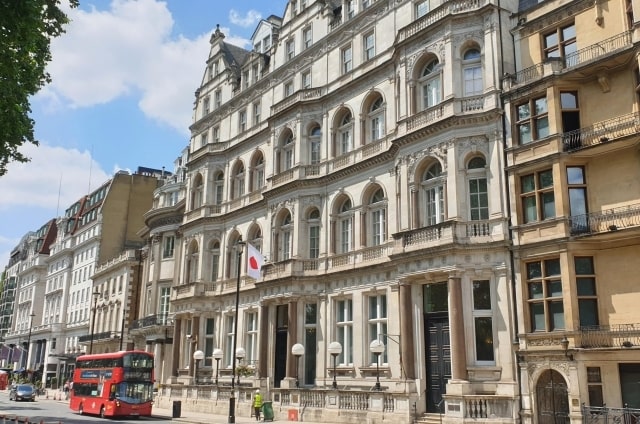 Official Japanese communities in cities and towns outside of Japan are known as Japantowns. J-town, Little Tokyo, or Nihonmachi are other names for Japantowns.

Japanese is the native language of almost 17,000 people in London because it’s a long flight back. London has its own Japantown, where you can get your fill of Japanese food and culture, with over 3,100 items to select from.

Business professionals and their dependents on limited-term employment visas, trainees, and young people are members of the wider Japanese community in the United Kingdom.

They participate in the UK government-sponsored Youth Mobility Scheme and are students and Japanese emigrants. Their descendants who have settled in the city are also among the Japanese nationals residing in London.

There is a wide range of cultural integration experiences in London, ranging from Japanese immigrants who have made London their permanent home to company employees and their families transferred on short-term assignments, whose social networks are typically limited beyond the Japanese expatriate community.

Where Is The Biggest Japanese Community In London?

The Japanese community in London has existed since the 1860s, but it exploded in the 1980s as Japanese corporations sought a London presence as they expanded abroad.

The Japanese have affected London in a variety of ways, including gastronomy and gardening. Kew Botanical Gardens and Holland Park both boast beautiful Japanese gardens.

Though there are no districts in London where considerable populations of Japanese people reside. It is because most Japanese are only here for a short time to work or study, they tend to live in areas that are handy for getting to school or work, or where they believe it is quiet and safe.

Only Central London has a high concentration of Japanese community as well as Japanese restaurants, bars, and stores in the Chinatown sector. If visiting these places on a regular basis is important to you, consider living somewhere close to Central.

Besides Central London, North London also has a huge population of the Japanese community. This neighborhood is densely populated by Japanese people and their families.

There you can also find a Japanese supermarket/fish market as well as some authentic Japanese eateries that are owned by Japanese people.

This region is actually quite safe and quiet, which is why many Japanese people choose to live here.

However, if you are not Japanese and still want to live in a Japanese-dominated environment or simply want to immerse yourself in a new culture, you should reside in this region.

Where Do Japanese Live In London?

The largest cluster, with a total population of 2,800 people, is located in the heart of central London. Another 2,300 people live in a band stretching from Barnet to Golders Green on London’s northern outskirts.

While the number of Japanese born persons in the United Kingdom has increased overall, several localities have witnessed considerable reductions, probably definitely due to changes in the Japanese industrial presence in the country.

Finchley & Barnet is a mixed-ethnic suburban community with a smattering of Japanese inhabitants. It’s a very quiet, peaceful neighborhood with lots of families and parks.

Gastronomy and gardening are two examples of how the Japanese have influenced London. Beautiful Japanese gardens may be seen in both Kew Botanical Gardens and Holland Park.

With a population of 2,800 people, central London has the largest Japanese community. Another 2,300 individuals live in a belt that spans from Barnet to Golders Green in London’s northern suburbs.

Are There Japanese In London?

Parts of the United Kingdom, particularly London, such as Golders Green and East Finchley in North London, have considerable Japanese populations.

The largest Japanese community, with a total population of 2,800 people, is in central London. Another 2,300 people reside in a band in London’s northern suburbs that stretches from Barnet to Golders Green.

Japanese is Japan’s official language, and the 2011 Census reported that 27,764 individuals in England and Wales spoke it as their first language, with 27,305 in England and 17,050 in London.

Greater London had about 32 thousand Japanese residents as of October 2020. The capital of England was the most popular European city to live in among Japanese residents living abroad, despite a sharp fall of about 7,000 persons since 2013.

The figure excludes descendants of Japanese emigrants who do not hold Japanese citizenship and is based on data gathered by Japanese diplomatic missions around the world. Multiple citizenship holders are counted.

Which UK Cities Have A Japantown?

According to the 2001 UK Census, there were 37,535 Japanese people living in the United Kingdom, with the Japanese Ministry of Foreign Affairs estimating that there were 50,864 Japanese nationals in the UK in 2002.

According to the Office for National Statistics, 43,000 persons born in Japan lived in the United Kingdom in 2015.

Due to a Toyota plant, Derbyshire has a sizable Japanese population and is twinned with Toyota, Aichi. Similarly, Telford is home to a large number of Japanese businesses.

Students, trainees, and young people participating in the UK government-sponsored Youth Mobility Scheme are among the Japanese in the UK.

They include British citizens or permanent residents of Japanese birth, ancestry, or citizenship, as well as expatriate business professionals and their dependents on limited-term employment visas, students, trainees, and young people participating in the UK government-sponsored Youth Mobility Scheme.

The largest Japanese community in the UK is in London, with the highest numbers of Japanese residents in Acton and Finchley. North London is a prominent residential neighborhood for Japanese people in London.

Besides London, the following are the top biggest cities of the United Kingdom that also have Japantown.