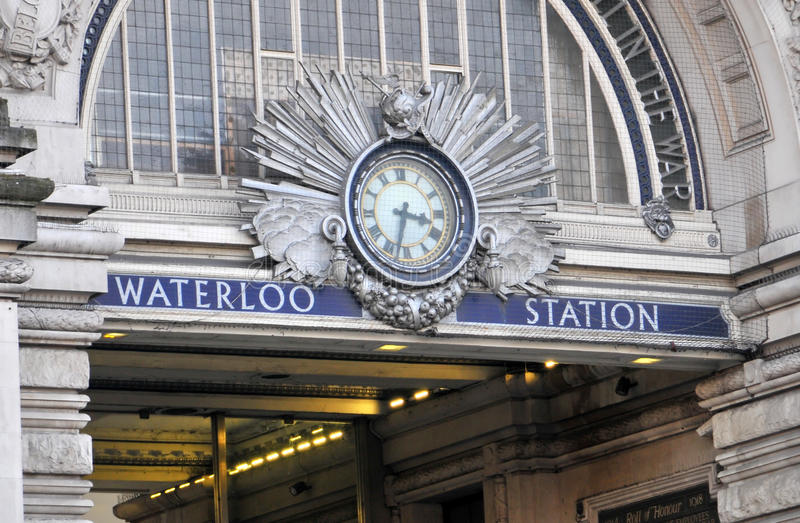 Transportation in London is indeed very efficient. To provide travelers with simple access to the city and its surroundings, trains and buses run between various locations.

The best services are offered at a few of London’s train stations. A variety of train lines are served by a number of stations in London.

London serves as the center of the UK’s huge train network, which is frequently the fastest and greenest mode of transportation.

Taking the train to London will allow you to enjoy a beautiful ride to the city. Trains to London are frequently faster than flying or driving, and they also offer a significantly greener form of transportation.

Some stations stand alone as must-see London attractions. If you’re unsure of which London train station is the biggest, then this guide is for you.

Following are the biggest train stations in London that you will use if you intend to go by train from London for a day trip to one of the well-known surrounding cities or attractions or a longer rail adventure around the UK.

One of the biggest and busiest rail stations in the entire UK is London Waterloo Station.

London Waterloo Station is a great place to start exploring the city as it is a major railway and underground station.

With this station, you may travel to neighboring lodging and dining establishments or view sites like County Hall and the London Eye.

Over 94 million people travel through London’s Waterloo Station annually, both from within the city and beyond.

The Sea Life London Aquarium, the South Bank, and other attractions are all within walking distance of London Waterloo Station.

Waterloo has 24 platforms in the main station, another four at Waterloo East, and eight in the Underground station, which makes it the biggest station.

Victoria is the second-busiest station in London. It receives about 74 million visitors annually, however, not all of them are tourists.

There are many amenities available at Victoria Station, including a large number of stores, cafés, and eateries.

Here are stops for the Circle, District, and Victoria lines of the underground system. You may walk from the station to well-known London sights including Westminster Abbey and Buckingham Palace.

Paddington Station is also one of the biggest stations in London. The famous Isambard Kingdom Brunel is responsible for the station’s magnificent design.

Despite renovations, the structure still maintains a lot of its original charm. Paddington Bear’s monument has made the station popular in modern times.

Although it is located to the west of the city center, the station is close to Little Venice and Notting Hill. The Heathrow Express makes its final stop at Paddington.

A long-distance train can be taken from here to Bath, Bristol, Cardiff, Exeter, and Plymouth.

The only sleeper service that starts and finishes in England is taken by passengers traveling to Penzance on the Night Riviera trains.

Liverpool Street, one of the biggest and the third busiest commuter stations in London, sees roughly 64 million passengers pass through its ticket gates in a typical year.

It boasts swift connections to both the coast and the interior.

The Tower of London and St. Paul’s Cathedral may both be reached easily from Liverpool Street Station, which is located in the center of the City’s financial area.

It provides service to the counties of Essex, Cambridgeshire, Hertfordshire, Norfolk, and Suffolk in East Anglia. Norwich and Cambridge are among the popular tourist locations.

A number of London Underground lines, including the Central Line and Circle Line, have connections to Liverpool Street, which also serves as the city terminus for the Stansted Express airport service.

A large variety of stores are available, many of them are on higher mezzanine levels with stunning views of the station concourse.

It was Midland Railway’s former terminal. Lincoln, Leicester, and other East Midlands cities are still served by trains today.

In less than three hours, you may travel from this ancient station to either Paris or Brussels.

Inbound travelers won’t have to travel far to reach Camden, a neighborhood that welcomes visitors. On the other side of Euston Road is Fitzrovia.

One of the biggest and major stations in London is Fenchurch Street. A short distance from the station is the Tower of London and the River Thames.

Annual passenger traffic at the station exceeds 17 million. Its lack of a direct connection to the London Underground system makes it unique.

Here, trains are available to travel to East London and Essex. On the Southend-on-eastern Sea’s border, Shoeburyness is the line’s furthest point.

Late-night trains occasionally change destinations to the neighboring Liverpool Street station, particularly when maintenance and engineering work is being done on the weekends.

At the intersection of six important thoroughfares, Charing Cross Station is in the center of London. Nelson’s Column, Covent Garden, and the West End theatres are all within a short stroll.

A large portion of Kent is served by express and stopping trains that travel via Tonbridge, Sevenoaks, Ashford, and Folkestone before arriving at Dover.

Southwark’s London Bridge station is adjacent to Borough Market and The Shard. It is the fourth-busiest train station in London.

Up to 56 million people pass through this crowded station each year, which is located south of the River Thames.

Thanks to renovations that were completed in 2017, it is one of London’s most upscale stations.

Services are provided for locations north of London as well as various towns in Kent and Sussex and south-east London.

The mainline stations, Waterloo, Blackfriars, Cannon Street, and Charing Cross are all accessible from London Bridge.

The West Coast Main Line terminates at Euston. Along with King’s Cross and St. Pancras International, it is one of three mainline stations on Euston Road in Camden.

Euston serves around 71 million passengers annually who go to Birmingham, Scotland, and the northwest of England (including Manchester and Liverpool).

You can board the Caledonian sleeper at Euston as well. Trains depart from Edinburgh or Glasgow and continue on to places like Aberdeen and Inverness.

Many local and regional attractions have their starting points at the London Euston Station.

King’s Cross is the southern terminal of the East Coast Main Line, which connects London with Edinburgh in Scotland.

It travels in a similar general direction as the A1 trunk road. It makes stops in Peterborough, Grantham, Newark, and Retford en route up north.

It then stops at Doncaster and Leeds in Yorkshire before traveling on to Durham and Newcastle-upon-Tyne in the northeast.

But its most well-known platform goes nowhere. Platform 9 3/4 is recognized by moviegoers and readers thanks to the Harry Potter series.