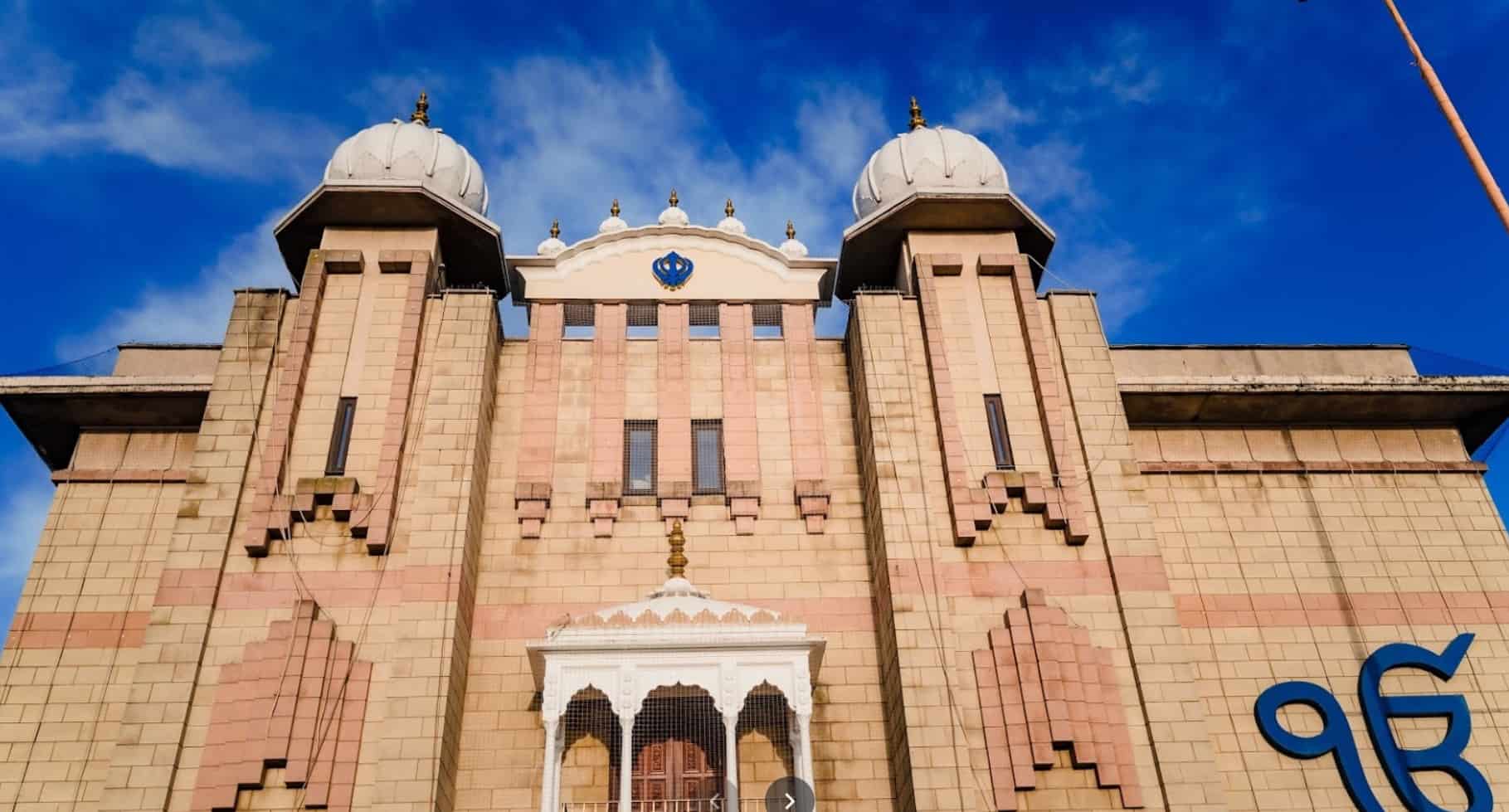 The gurdwara is a center of prayer, education, and a safe haven for Sikhs. It houses the Guru Granth Sahib, the Sikh holy book.

Sikhs have constructed numerous new and beautiful gurdwaras for increasing congregations over the past three decades.

London was established in 1908 to foster religious and social activities among Sikhs living in the United Kingdom.

These gurdwaras are where the Sikh community congregates and practices their religion.

It is a sanctuary of worship as well as an academic and social institution with a langar hall where big communal meals are made and served, and a space for the community to discuss the day’s political and social issues.

In Sikh communities across the United Kingdom, the gurdwara has emerged as a central site of Sikh identity.

For some recently arriving immigrants, the gurdwara may be their first place of residence and a place to practice their religion. They may also receive food and shelter for as long as they want.

Sikhs also lack fixed priests. This means that a Sikh of either gender may lead public worship if they are qualified and prepared to do so.

For this reason, both men and women are treated equally.

Now, once inside, it is customary to touch one’s forehead to the floor while bowing in front of the holy book displayed in the main hall, however, certain locations are more tolerant if someone is uncomfortable doing so.

As a Sikh living in London or simply a tourist, you may want to visit the biggest Gurdwaras, so we decided to put together a list of the top five biggest gurdwaras in London.

It is London’s largest Sikh temple. In order to fit Southall’s expanding Sikh population, construction on the Havelock Road site began in March 2000, and the gurdwara opened on March 30, 2003.

The gurdwara’s construction cost around $17.5 million. It was supported by contributions from the local Sikh community.

In addition to continuing and strengthening the well-established religious programs, the new structure is capable of hosting large congregations in the main hall.

In fact, it can accommodate more than 2,000 people, which is ringed by a gallery that allows worshippers to contemplate or pray in a private space.

There is also a multipurpose activity hall that has a capacity for accommodating around 800 people. It can be used for the following purposes:

The langar (dining hall) provides food to all community members 7 days a week and is able to serve more than 20,000 meals per week, in accordance with the constant and distinctive Sikh tradition, where all are welcome irrespective of their age, gender, race, or religion.

This meal is absolutely free for everyone. Hence, this biggest and most pious place can be a shelter and a place to eat for many.

It is the second Gurdwara in Gravesend after Guru Ravidass Gurmandir.

In addition to sustaining and enhancing the present religious services, the main hall of the new edifice can accommodate huge congregations.

The temple contains three prayer rooms and two dining halls. Moreover, an adjacent structure called Punjabi School is used for Punjabi education and as a daycare center for elderly people.

The Gurdwara Singh Sabha was established in 1971 in Barking, Essex, at the intersection of Northern Relief Road and North Street.

It is a Sikh place of worship that serves the North-East London Sikh community as well as all other communities where everyone is treated with respect.

It is open daily from 6 AM to 9 PM at night where a large number of people can congregate and practice their religious activities and can even have free food and shelter.

London was founded in 1908 to encourage religious and social activities among Sikhs residing in the United Kingdom.

Later that same year, it became a part of the Chief Khalsa Diwan in Amritsar. The Khalsa Jatha is a Sikh temple in London where people of all age, religion, gender, and race are welcome.

The Gurdwara was founded in 1908 and is linked with Amritsar’s Chief Khalsa Diwan. Shepherd Bush congregations met at 79 Sinclair Road between 1913 and 1969.

On Queensdale Road, the current structure was erected beginning in 1969. The structure was later renovated by the Peter Virdi Foundation.

The GurdwaraSri Guru Singh Sabha aims to assist the surrounding residents in Hounslow and the surrounding area by offering a place for the community to meet and practice the Sikh religion.

The gurdwara considers itself a progressive Sikh institution despite its establishment as a traditional Sikh institution that adheres to the Sikh Gurus’ principles and concepts for a community-based place of worship.