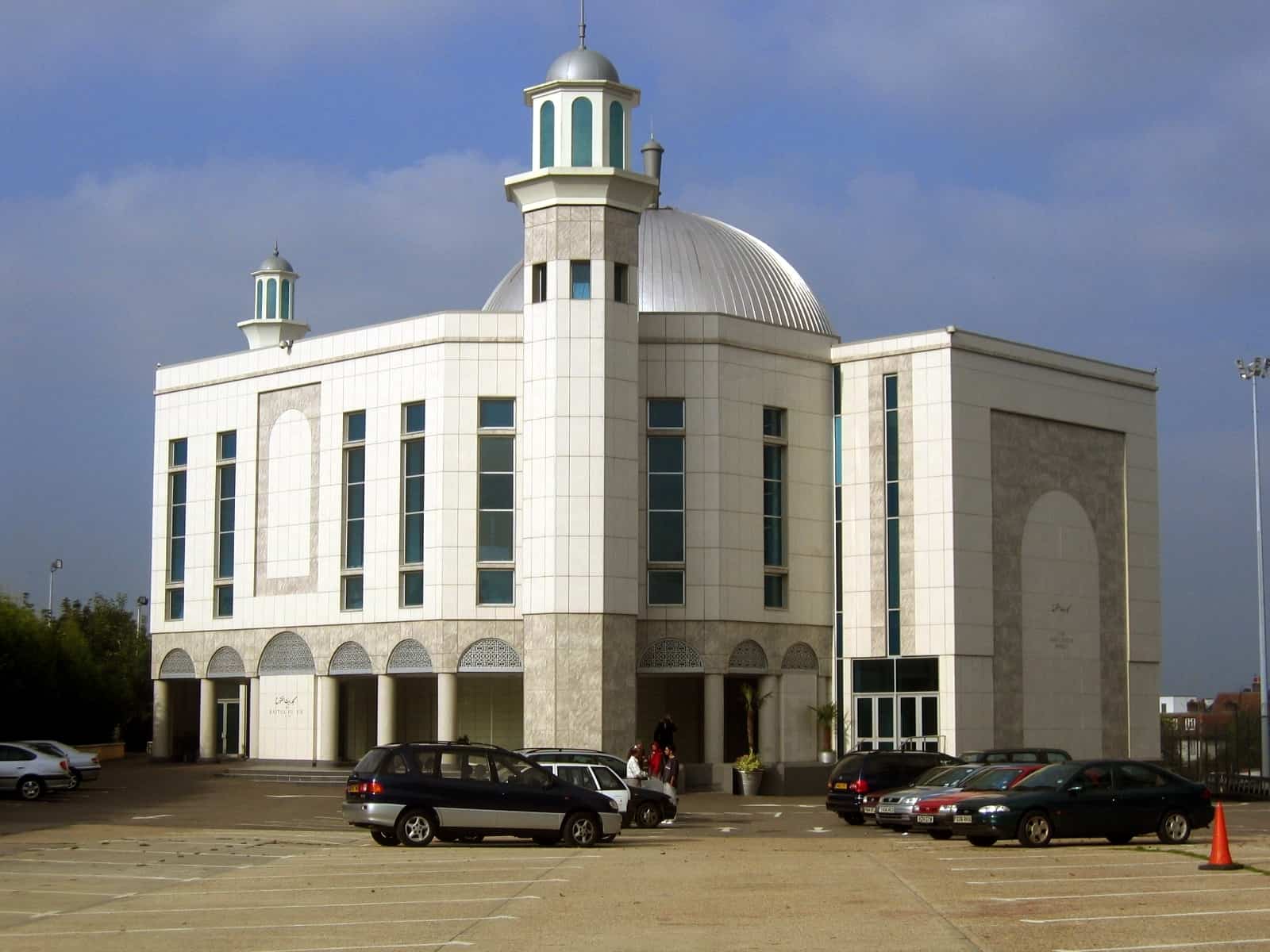 A mosque is a site of worship for Muslims, the adherents of the Islamic religion.

Mosques originated on an Arabian peninsula, but can now be found on any genuine continent.

London is not inferior in that regard. It has the second-largest Muslim population in the European region.

London likely has more mosques than any other city in the Western world, with the exception of Turkey, but exact estimates differ. Consequently, this city contains around 400 mosques.

Below we have enlisted the biggest mosques in London that have several facilities for worshippers.

The East London Mosque is located between Whitechapel and Aldgate East in the London Borough of Tower Hamlets.

It is one of the largest mosques in Europe which is able to hold over 7,000 worshippers.

The mosque was among the first in the UK to be given permission to broadcast the adhan over loudspeakers.

The mosque provides a vast array of services. In addition to daily prayers, it also has access to advice and counseling, education for children and adults, services connected to birth, marriage, and many more.

There are distinct prayer facilities for men and women: males worship in a hall on the ground floor, while women enter a hall on the second floor via the Maryam Centre.

For busier prayers, such as Jumuah and Tarawih in Ramadan, the mosque opens several other areas of the structure; on the busiest days, its congregation can reach 7,000 people.

The entire facility is wheelchair accessible. Friday sermons are displayed on screens in a number of places in the building, with British Sign Language replacing the English portions.

The London Central Mosque, commonly known as Regent’s Park Mosque, is the spiritual center for Muslims in the United Kingdom.

Sir Frederick Gibberd designed the mosque, which was completed in 1978 and features a prominent golden arch.

The mosque is embellished with a large rug and chandelier. In addition, this mosque has a bookstore and a cafe.

The London Central Mosque is situated in a prominent area of the city and has a huge, eye-catching golden dome.

The design of the Main Mosque Building Complex consists of two components.

The main building consists of two prayer halls, the larger of which can hold almost 5,000 worshippers, and a separate location for women to pray on a balcony that overlooks the larger prayer hall; both of these areas are situated beneath the distinctive gold dome.

The second component consists of the three-story wings that house the entrance hall, library, reading room, administrative areas, and minaret.

The 2003 purpose-built and inaugurated Baitul Futuh mosque in Morden is one of the largest in Europe.

The steel dome and minarets of Baitul Futuh, whose name translates to “House of Victories,” indicate the structure’s intent and purpose from a distance.

The mosque is not a single structure, but rather a complex of high-windowed, pale-marble-clad structures that are sleek, modern, and almost corporate in their bare, uncluttered exteriors.

The outward modernism serves as a reminder that Islamic architecture is not frozen in time; it has flourished in more styles and more countries over the years than western Gothic.

The mosque features three huge rooms for spiritual and social gatherings, as well as a long suite including a library and a museum/gallery dedicated to the history of the Ahmadiyya Muslim movement.

The prayer hall is the capacity to fit up to 6,000 worshippers (the entire complex can accommodate 13,000 people).

Additionally, there is a gym, radio, and television facilities, as the Imam’s weekly lectures are aired worldwide.

It is the oldest and largest Sunni mosque purpose-built in the London Borough of Waltham Forest.

The WFIA Mosque was and remains a conspicuous symbol of permanence for Muslims in the borough, and it serves as a community center where Muslims can meet to plan burials and weddings.

In addition to serving as a place of worship, it was and still serves as a center for education and learning.

The mosque’s massive, conspicuous presence has impacted the urban landscape of the surrounding area, which was shaped by and for the benefit of the local people.

Since then, many companies catering to the requirements of the local population have established themselves around the mosque, including travel agencies, grocery stores, and a fully-equipped gym.

Suleymaniye Mosque is located on Kingsland Road in Haggerston, East London, and serves both the entire Muslim population and the Turkish-speaking community.

With a total floor area of 8,000 square meters, the Mosque can comfortably seat around 3,000 worshippers, including women.

The mosque contains a conference and wedding hall, classrooms, facilities for funeral services, and dormitories for Marathon School students.

Suleymaniye Mosque has become a neighborhood landmark and is one of London’s most important Islamic centers.

The arches with tympana-filled windows to the north and south are supported by enormous porphyry monoliths, and the dome is surrounded by semi-domes on both sides.

The Suleymaniye mosque in London has a magnificent Ottoman-style minaret that is visible from several locations throughout London.

Certainly, this is not the only attractive feature of this mosque; the interior decoration, which consists of marble walls engraved with verses from the holy Quran, is quite amazing.