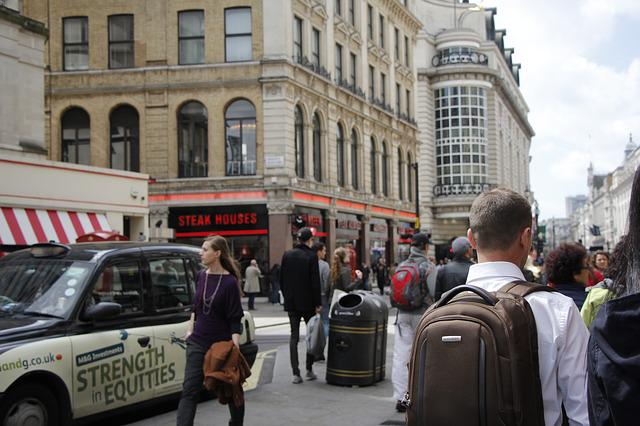 London is without a doubt one of the greatest cities on the planet, with thousands of tourists flocking to the city each year. London has everything you need, especially if you’re a young professional, career prospects, concerts, events, a vibrant nightlife, and endless experiences.

In comparison to the rest of the UK, London is known for its high cost of living. If you want to live in London, you’ll need to set aside a large amount of your income to cover rent and bills. However, the precise amount you’ll need to set away will differ by area.

Therefore, you will have to plan where you are going to stay before you move to London. The posh areas may cost a lot and 20k won’t be enough to survive.

So, can you live in London for 20k? This is a question that needs to be answered. Here’s a breakdown of the cost of living in London, as well as the estimated wage needed to support it.

What Salary Do You Need To Live In London?

Every year, thousands of foreigners and migrants flock to London. However, salaries in London are not as high as the expense of living. London is the most expensive city in the United Kingdom to live in.

With that money, you can afford a two-bedroom apartment near the city center, as well as dining out and weekend trips.

Without rent, a single person’s approximate costs are over 15k. Even after taxes, it’s a good paycheck for a single person, allowing them to live comfortably.

However, not everyone in London makes a living wage. Some people have to survive with less. There are also people that earn £100,000 every year.

Is 20k a Good Salary In London?

Most Londoners believe that to live comfortably, you must earn more than £50,000 a year. If living in London is your goal, don’t be put off by this high cost. Living in this city with earning £20,000 per year is achievable.

The average wage in the United Kingdom is around £26,000. Because of London, this is biassed. In London, 20k isn’t much, but if you’re living at home with no rent, it’s alright. With £20,000, you will not be living in luxury in London, but rather a typical life.

If you’re going for the 20k per year, you will have to calculate a few things before spending your money. This way you will not go broke and will be able to make it till the end of the year with 20k easily.

Let’s do the math:

Accommodation: Let’s say you’re looking for a house/flat share in zone 1/2; it’ll probably set you back at least £800, and if you’re lucky, the bills will be included. If the size and condition of the space are important to you. You will have to pay a higher price.

Traveling: After paying for your accommodation, you now have £867 left to travel. Assume you walk to university from your home every day and do not own a car, so you may save money on transportation and fuel.

Clothing: You’ll need to set aside some money from the remaining £847 for clothing. Assuming you have a medium clothing requirement, the monthly cost would be £40.

Food: Food costs vary depending on the type of food and where you eat. If you have oatmeal and milk for breakfast (£1), a university canteen lunch (£4), and a homemade dinner (£5), your monthly budget is £300.

However, you’d probably need some snacks, which may cost you an extra £50 per month (assuming a £5 snack lasts three days).

You should also avoid alcohol and tobacco, which are becoming increasingly expensive in the UK. You have around £450 remaining now.

Other living costs: You might need to buy toiletry, kitchen goods, and laundry stuff. It is reasonable to estimate that they will cost you £10 to £15 per month on average.

Unexpected costs/contingencies: Many unexpected events could occur in your life. The most prevalent one is the expense of electronic products, such as when a phone is lost or stolen, a laptop is broken, or you just need a new charger.

Maybe, in addition to your regular schedule, you are dragged to a £30 party supper.  Also, if you are sick or need medical treatment then you will have to include medical bills too.

After all of these costs, you might have around £350 per month left. However, please be aware that I am overly optimistic about all costs. The values you see above are the very minimum you may have to pay.

Lastly, I’d suggest you don’t really have to live in zone 1/2. Instead, you might reside in zone 5/6 and travel to college via rail or subway. You may have to spend around £150 on the tickets, but the rent deduction may cover it.

Plus you can get a larger, better-equipped room. You might also consider sharing a house/flat with your friends/classmates to save money.

Can You Live In London On 25k?

Yes, without a doubt; in fact, I believe that an income of less than that is also enough to live in London.

You’ll be able to afford a place to live (though you’ll definitely be sharing), food, personal utilities like a phone, transportation to and from work, and enough money for some fun activities with a salary of 25k.

A 25k wage in London will not bound you to a life of poverty if you have no commitments or dependents, especially if you are not planning on remaining long-term. There must be many million people in London living on that level of income or less, and they have no desire to move.

The difficulty with London is that you won’t be able to save due to inflation and other factors, and when interest rates rise, there are chances to be pushed out of the city.