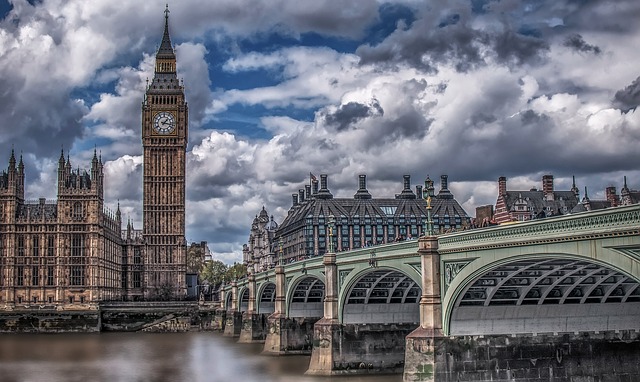 London is a city for those who love having countless options for things to do, places to visit, and eateries. Almost everything you need is right outside your door, but you might be surprised by how much green space there is to enjoy.

London is without a doubt one of the best cities on earth, drawing thousands of visitors each year. London has everything you could possibly need, especially if you’re a young professional, job opportunities, concerts, events, buzzing nightlife, and unending opportunities for exploration.

London is well renowned for having a higher cost of living than the rest of the UK. You’ll need to set aside a sizable portion of your salary to pay rent and other expenses if you wish to live in London.

London has long been considered one of the playgrounds for the wealthiest individuals. This implies that it draws well-off individuals from all over the world.

Many neighborhoods of London rank among the most expensive areas in the world to live or operate a retail establishment.

The City of Westminster, Knightsbridge, and Chelsea are traditionally wealthy and posh areas of London.

In reasonable or good districts of London, young professionals frequently “flat share” into their late 20s or early 30s, depending on their salaries and whether or not they are in a relationship.

The rest of the people who can’t earn a decent salary have to make adjustments, from renting or buying a home outside of central London to deal with one- to two-hour public transportation commutes.

Is It Very Expensive To Live In London?

One of the most expensive cities in the world to live in is London. This is partially attributable to the recent sharp increase in rental costs.

The majority of London’s dining establishments, nightclubs, bars, theatres, and taxis all have relatively high prices.

You will almost surely need to adjust your budget once you move to the big city because London is one of the most expensive places in the world to live.

Parts of central London are populated with a lot of luxury goods, shops, and wealthy people who exhibit that lifestyle.

It is not uncommon that there are people living in London who have to pay half of their monthly salary on their rent.

In addition to your monthly rent, you’ll also need to spend on services like gas, electricity, water, and wifi.

People with modest pay are often left behind. Even though they cut corners, they are unable to save money.

Is London More Expensive Than NYC?

For a very long time, people have been comparing these cities. Both cities are cosmopolitan metropolises with dense populations, yet they also have certain differences.

Moving to one of these smart cities is a major move, and they are well-known for being two of the most costly and competitive cities in which to reside.

Although London has exorbitant living costs, it is still far less expensive than New York.

These figures from Numbeo.com illustrate the main variations in the median and average cost of living between London and New York:

The unemployment rate in New York City is somewhat higher than in London. It is easier to find a job in London as compared to New York. Also, the workers are paid more in London than in New York.

In short, we can say that London, being the sixth most expensive city in the world, is still less expensive than New York.

Is London the Most Expensive City In The World?

According to a recent study, London is the sixth most expensive city in the world to live in due in large part to high rental housing costs in locations that are popular with ex-pats.

The prices in London appear to be considerably greater than in other places. These costs are nearly a third more in London than in Geneva and twice as high as in Paris.

People with modest incomes are frequently left behind. The rising cost of living in some of the nearby communities is a result of the “posh” neighborhoods’ rising real estate costs.

Only individuals whose household income is at least GBP 120,000 will be able to afford to reside in central London, according to this.

One of the reasons is that it is a little more difficult to get around London than it is in other parts of Europe.

In essence, there are fewer roadways, which means traffic jams will last a little longer.

Is America More Expensive Than London?

In general, people in London make more money than those who reside in the US.

Because of this, the price of the goods and services rise as well when business owners have to pay employees more to work for them.

Londoners are able to live and survive due to the money they earn at work, but everyone else pays a little bit more at the register.

You could be shocked by the cost, whether you’re moving there or just visiting. Some individuals find it confusing that living in London may be extremely pricey. But it all depends on the salaries they earn.

Here are some ideas to consider that will help you save money when moving here, whether you’re doing it for a job or for a visit:

Overall, living expenses in the UK are 0.49 percent lower than those in the US. In the UK, rent is generally 22.55 percent less expensive.