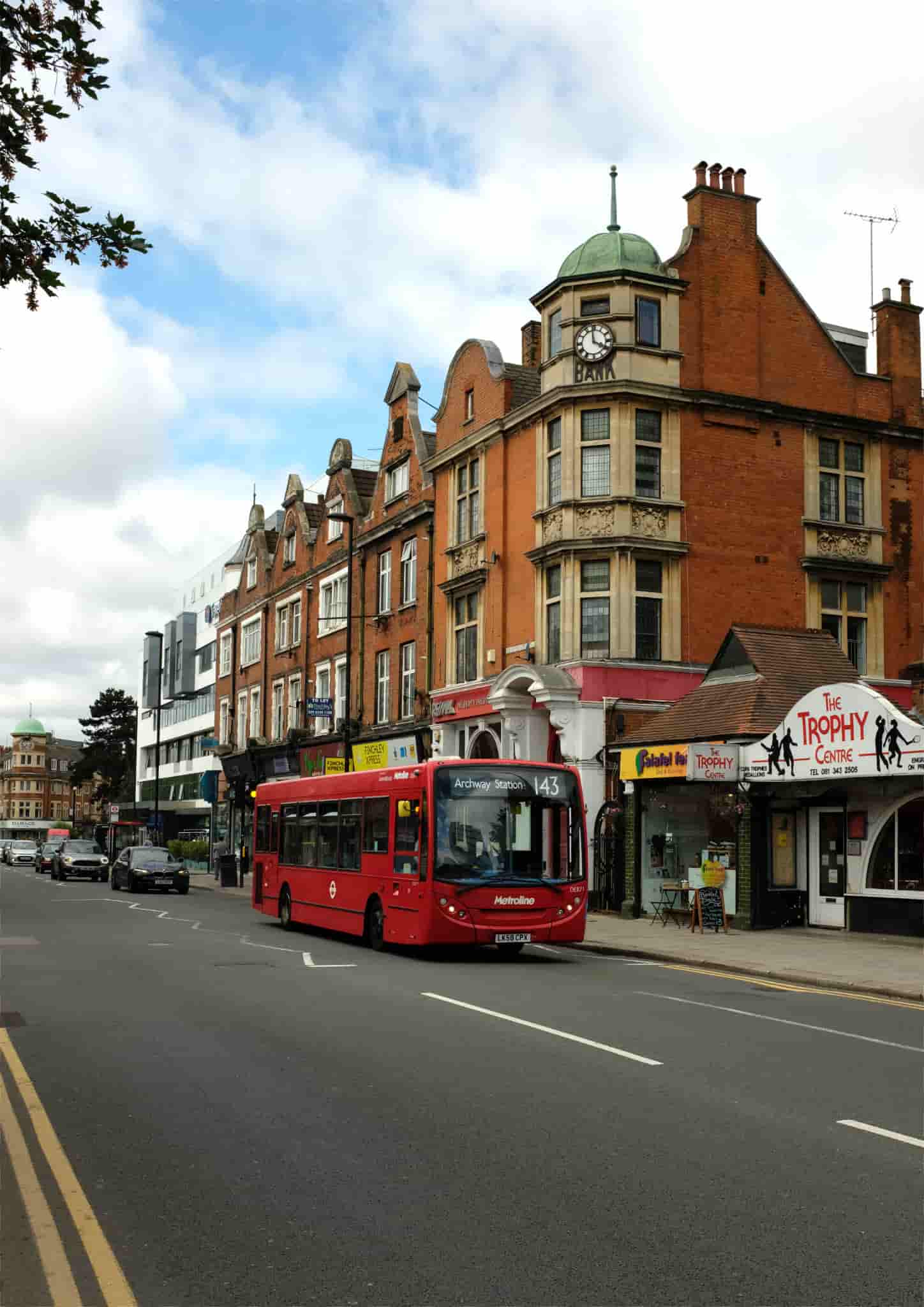 Finchley is a neighborhood in Barnet, in north London. Finchley is situated 11 kilometers (7 miles) north of Charing Cross on a high plateau.

Since 1965, it has been a part of Greater London. It was once an ancient parish in the county of Middlesex before becoming a municipal borough in 1933.

There are three town centers, but it is primarily a residential suburb.

At Tally Ho Corner in North Finchley, The Artsdepot, a community arts center with a gallery, studio, and theatre, opened its doors in 2004. Between North Finchley and Finchley Central, near Ballards Lane, is where you’ll find Victoria Park.

In order to lessen crime and anti-social behavior, the area has a specialized crime prevention team, and The Barnet Safer Communities Partnership collaborates with the Metropolitan Police, Barnet Council, and the London Fire Brigade.

Is Finchley A Good Area To Live In?

Finchley has it all, whether it’s welcoming Thai food, quirky entertainment, lengthy hikes, or a pub quiz.

While feeling like it has its own personality, it is conveniently accessible to central London and is also close to some breathtaking countryside.

Because of its exceptional residences, top-notch schools, and diverse community, Finchley has long been a favored choice for residents looking to live north of the river.

This exceptional North London property offers Finchley homebuyers a wide variety of alternatives as well as some genuine value.

Finchley is one of the best neighborhoods for families thanks to its peaceful streets and charming houses.

Furthermore, it has four tube stations, a variety of bus routes, and roads linking it to the M1 highway and the North Circular Road going through the area.

Due to this, Finchley is a fantastic alternative for both individuals who own cars and those who want to use different types of public transportation.

Is Finchley An Expensive Area?

Finchley’s variety of architectural types is one of its best features. Many of the 1930s homes, as well as a number of Edwardian and Victorian residences, include large living areas, lovely bay windows, and high ceilings.

There are also numerous contemporary projects that offer everything from studio apartments to houses that are suited for single people, married couples in the workforce, and families.

Many of Finchley’s multi-million dollar mansions have long driveways, and occasionally they even have pools in the backyard.

Given the popularity of the area, it is not unexpected that Finchley’s property prices are a little higher than the average for London.

A few blocks apart, affordable one-bedroom apartments and opulent mansions both sell quickly due to the extreme price variation. The most costly area location on average is East Finchley, closely followed by Finchley Central.

Finchley has long been a top choice for people wishing to reside north of the river because of its outstanding homes, excellent schools, and diverse neighborhood.

Property seekers in Finchley may anticipate a wide range of options, as well as some real value, in this outstanding North London property.

Like many other North London neighborhoods, Finchley is most known for the rows of Victorian and Edwardian homes that line streets like Dollis Road.

The majority of the chic coffee shops and services in Finchley can be found on the roads, which extend from Finchley Road in the south up to Regents Park Road and Ballards Lane in the north.

The greatest schools in Finchley are located in areas that are well-liked by local and foreign families, and there are many homes built in the 1930s that resemble faux Tudor architecture.

All three stations are in zone 4 of the Northern Line, with connections to Tottenham Court Road and London Bridge

From Finchley Central, the No. 60 bus also travels to Baker Street, Marble Arch, and Victoria.

Despite the allure of the close-by Brent Cross shopping center, Finchley has a lot to offer consumers on its own.

There are many stores in the vicinity of Finchley Central station, and Waitrose and Aldi have locations there as well.

Is North Finchley A Nice Place To Live?

North Finchley, a charming neighborhood in the North London Borough of Barnet, is centered around Tally Ho Corner, where the majority of the shops and cafes are located.

A wide range of 19th-century residences, from charming Victorian cottages to substantial detached family homes, can be found in North Finchley. To the east of the neighborhood are a significant number of Edwardian homes, whereas Friern Barnet is home to more contemporary terraces.

Contemporary apartments with stunning views of the neighborhood are part of a building that is located above the Artsdepot at Tally Ho Corner. The Berkley Group’s Imperial Square, which offers opulent apartments nestled in a number of common gardens, is another recently finished building.

North Finchley is home to a wide mix of architectural types. Several of the area’s Edwardian and Victorian residences have large gardens, driveways, and authentic period features, while recent developments include a mix of stunning modern and Victorian-style houses, apartments, and cottages.

Parents who want to provide their children with the greatest education possible are drawn to the high-performing schools since they are close to reliable transportation that will make it simple for them to go to and from the capital each day.

Young professionals can also take advantage of the travel alternatives, and the neighborhood bars and restaurants offer inexpensive local entertainment every day of the week.

People who are approaching or beginning their retirement turn to North Finchley as a substitute for the hectic pace of central London.