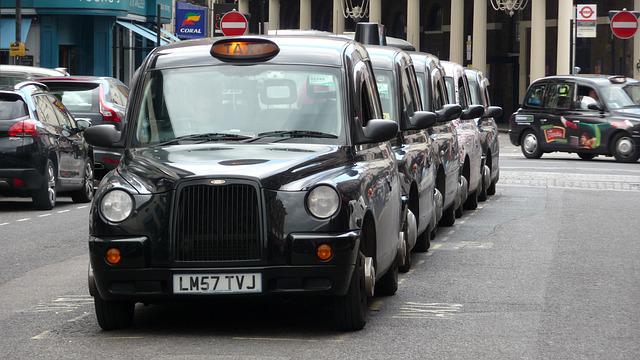 With a long history of excellence, affordability, and security, London has the oldest legally regulated taxi service in the world.

In London, renting a normal black taxi is often far more expensive than utilizing a ride-share service like Uber. The price might be double.

However, the taxi drivers contend that their services are much more cost-effective because they can get you to your destination much faster and more effectively, avoiding unforeseen traffic jams, roadwork, or one of the numerous protest marches that frequently impede traffic flow in the British capital.

But driving a taxi is not as easy as it seems. “When someone asks for a destination, you have a mental map of the entire city of London. 36 square miles is how much. On a recent ride through the city’s center, black cab driver Sean Paul-Day told Marketplace, “That’s quite a vast area.

It takes a lot of work to obtain a black taxi driver’s license, he claimed. “I had to memorize 25,000 streets and 50,000 landmarks, including bars, clubs, galleries, museums, and monuments. To drive a cab in London, you must first demonstrate that you are capable of navigating between those locations”.

He is being very modest. It is mind-boggling how much mental work it takes to memorize the names and locations of all the streets, avenues, mews, and cul-de-sacs within a six-mile radius of Trafalgar Square, as well as 50,000 other points of interest.

Even though driving a taxi is tricky, you can easily make the London living wage (£11.05 per hour) or more by driving for a good operator.

You can choose your own hours when you work as a minicab or taxi driver in London, but how much money can you expect to make while you’re on the road? Continue reading this article to find out.

Salary Stats Of A Taxi Driver In London

According to the major job sites, this is what you might make in London as a taxi driver:

In London, a taxi driver makes an average pay of £33,905. This represents a 19.2 percent increase above the national average income for taxi drivers. The average pay for London taxi drivers is 22% less than the city’s overall average.

This is the ideal line of work for those who enjoy independence and being on the go. This implies that depending on how many hours you work, your income may change.

You can choose your own schedule and have adjustable working hours as a self-employed driver to accommodate your family.

How Do Taxi Drivers Get paid?

Taxi drivers can be compensated in a variety of ways. Card, contactless, and cash payments are all acceptable forms of payment. Additionally, because 83 percent of drivers are independent contractors, all earnings from trips (including fares and tips) go to them.

Additionally, ridesharing apps now let users prepay for rides directly from their smartphones, and the payment may be processed the same day.

Due to the fact that the majority of taxi drivers work for themselves, it is expected of them to furnish their own car, and gasoline, and cover additional costs out of pocket, such as toll road payments.

If these costs are not handled and carefully considered. You can save money over time by comparing fuel prices, driving an efficient vehicle, and exercising caution behind the wheel.

For people who prefer being on the go and having their own company, this is the perfect line of work. It also makes a great second job for supplementing money. This means that your income may vary based on how many hours you work.

Taxi Drivers’ Salary In The UK

Are you considering driving a taxi and curious about the pay of taxi drivers? In April 2022, all UK taxi drivers will be subject to new tax checks. As a result, this is the ideal time to talk about the opportunities in this sector.

Nevertheless, the annual average pay for taxi drivers is about £24k, or £415 per week. Last but not least, black taxi drivers in bustling cities like London have much more earning potential than those in tiny villages where there is less need for drivers.

Therefore, you may earn a bigger pay annually by working strategically during peak hours in high-demand locations. In order to do this, you would also need to work fewer hours.

If you can’t afford to buy a taxi then we have an excellent rental solution for you.

All taxi drivers will receive at least the London living wage from Addison Lee, and they can make up to an average of £1000 per week before car rental.

Addison Lee additionally provides some of the lowest car rental prices available on the market for London taxis to make sure that hiring charges don’t excessively reduce your revenue.

The cost to rent one of their fully maintained electric cars with on-site servicing, repairs, and insurance ranges from £15 to £165. If a driver meets their weekly point goal, they won’t have to make any payments on their car.