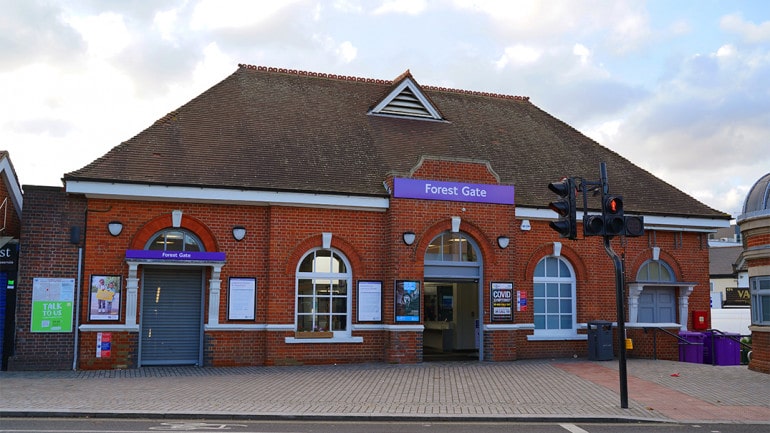 Forest Gate is a neighborhood in the London Borough of Newham, which is located in East London, England. It’s a 7-mile drive northeast of Charing Cross.

The name comes from the area’s proximity to Wanstead Flats, the southernmost section of Epping Forest.

Forest Gate was once a hotbed of the 1960s music scene and continues to exude cultural chic. There is plenty of great Victorian-era property available in the region, as well as a variety of excellent taverns and bars.

Forest Gate has a long history with music and acting, it was once home to John Curwen’s Tonic Sol-fa College, which taught a lot of people how to play music without having to learn traditional notation.

It is no surprise that Forest Gate has a vibrant artistic community today, given its cultural past.

There are excellent transit links to the major commercial districts, great restaurants, and excellent schools, and the neighborhood is safe enough for your children to run around in.

Forest Gate is a safe neighborhood, having an average crime rate according to the Metropolitan Police.

The crime rate and violence against people rates in Forest Gate are comparable to those in London as a whole, with the Northward slightly safer and the Southward significantly less safe. There is a significant crime area nearby, surrounding Westfield Stratford City.

The annual crime rate that is reported in Forest Gate is 123.04 per 1,000 people. This is a 4 out of 10 crime level, meaning a medium degree of crime which is pretty much safe.

Following are the crimes with their rates that were reported in Forest Gate during the 12 months between January 2020 and January 2021:

Is Forest Gate A Good Place To Buy Property?

Although Forest Gate is surrounded by Wanstead Flats, double-fronted Victorian 3 and 4-bed properties sell for hundreds of thousands of pounds cheaper here than in adjacent Wanstead.

First-time buyers and those eager to move up the property ladder from a flat to a home are flocking to this neighborhood, and prices are rising, thanks in part to Crossrail’s impending arrival.

Forest Gate is becoming increasingly desirable as a place to live. The borough of Newham encompasses the area in East London.

The region was named after a gate designed to keep animals from Wanstead Flats and Epping Forest from wandering onto the High Road.

Forest Gate remains one of the cheapest areas to live in London, despite the arrival of Crossrail and the resulting increase in property prices, which is a big draw for first-time buyers, investors, and tenants looking to escape the noise and bustle of crowded areas like Islington, Haringey, Hackney, and Tower Hamlets.

Forest Gate is only a few miles from the Olympic Park and Westfield shopping center in Stratford, and only 13 minutes by train from Liverpool Street and the metropolis.

Many of these properties have preserved the character and beauty of their original features as a result of residing in Forest Gate.

People hoping to go on the housing ladder at a reasonable price have been flocking to parts of Forest Gate in the conservation area or adjacent to Wanstead Flats.

Two of the district’s secondary schools have also been designated as outstanding, and there are good private schools in the surrounding areas.

This neighborhood is getting a better range of bars and eateries while surrounding locations like Westfield Stratford City are expanding the area’s offers. It is not a nightlife attraction, although there are decent transportation links to adjacent locations where there is more going on late at night.

There are many parks and open places in the neighborhood. Forest Gate is located between Epping Forest and Wanstead Flats, a large open space great for walking, exercising, or simply relaxing. There is a pond, as well as sports fields and play spaces.

If you want something more structured, the district now boasts its own multi-million-pound leisure facilities, which include a gym, fitness studios, two swimming pools, and a crèche.

Forest Gate gets its name from a gate near the Eagle and Child public house that leads to the forest (now Woodgrange/Woodford roads).

Originally, the gate was built to keep cattle from wandering onto the high road. It remained open as the community grew and its original purpose faded in subsequent years, but the gate and its accompanying cottage were not removed until 1881.

The first mention of a “Forest Gate” dates back 300 years (360 – today) to the Commonwealth, but it was not used as a place name until the first part of the nineteenth century, according to a West Ham antiquarian.

Major Sharp Hume, a long-term West Ham resident, vividly describes the neighborhood at the time of the hospital’s original foundation.

In 1890, he writes in Notes and Queries in response to a resident’s question about the gate, “I perfectly remember the old five bar gate leading to Wanstead Flats, from which the suburb of Forest Gate takes its name,” and the surrounds were perfectly rural not more than thirty years ago, however unlikely it may sound today.