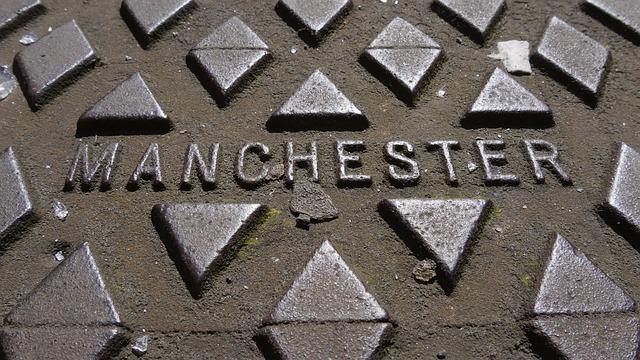 If you are thinking about moving from London to Manchester, this article is for you. If you have never lived in Manchester, you might be surprised to learn that it routinely beats out London as the United Kingdom’s most amazing city to live in.

What makes living in Manchester better is affordable housing and cheaper living expenses. The dynamic present and future of the second-most populous city in the UK are influenced by its rich past in terms of culture, prosperity, and industry. Over the past few decades, the economy of Manchester city has been revitalized, and it now stands as a shining example of vibrant culture. In addition, the two most famous Premier League champion football clubs are located in this city.

Is Living In Manchester Better Than London?

Major cultural centers in the United Kingdom, Manchester, and London both provide a wide variety of activities and opportunities.

London has always been a sought-after location to reside due to its abundance of employment options and diverse culture, however, more and more people are preferring to reside outside of the city of London due to rising housing costs and living expenses. For this reason, many Londoners are leaving the city’s capital.

Manchester is currently gaining popularity as a substitute. The housing and living expenses in London are affordable, which is why many people are preferring to live in this city. People have been moving away from London in recent years in order to live in less expensive parts of the UK, where they are able to find affordable houses, a less costly lifestyle, better schooling systems, and transport.

Manchester is becoming a more appealing and practical alternative for many British people because of the lower living expenses, much better schooling system, and a wide range of amenities.

When people are on a tight budget but still want a better lifestyle and highly-qualified educational institutes for their kids, they tend to think about relocating to Manchester.

Is Manchester A Good Place To Live?

There is no denying that Manchester, a city in the UK, has made numerous significant contributions to world culture. It is now a thriving city where people lead a simple and affordable life. It boasts one of the highest retention rates for recent graduates in the whole nation.

Due to the lower cost of living, great educational institutes, and abundance of amenities, Manchester is becoming a more desirable and practical alternative for many British citizens.

People often consider moving to Manchester when they are on a tight budget but yet desire a better lifestyle and well-regarded educational institutions for their children.

Amazingly, the average rent for a spacious apartment in Manchester is almost 50 percent less than the rent for a similar property in Central London. Manchester also offers much lower daily commute costs and affordable goods.

People in Manchester are very pleasant and enjoy a vibrant nightlife. Live music, dance, comedy shows, movies, and much more are present in the city. Many famous events and festivals take place throughout the year. Everything is thriving in Manchester. Moreover, the city is a popular tourist spot for people who love art.

Is Manchester Better Than London?

Manchester and London, two of the United Kingdom’s major cultural hubs, offer a wide range of events, activities, and opportunities.

London has long been a popular place to live because of its abundance of work opportunities and rich culture, but due to rising housing rates and living expenses, people are choosing to live outside of London. For these reasons, many Londoners are abandoning the capital city of the UK and considering moving to Manchester.

Manchester is currently becoming a more well-liked city to live in. Many people want to live in this city because housing costs and other living expenditures are affordable. In recent years, people have been leaving London to live in cheaper areas of the UK, where they may find reasonable homes, a less expensive lifestyle, better schooling systems, and transportation.

Both Manchester and London are affluent in history, culture, and the arts. Although London has a long history of being known for its wealth of employment options and cultural offerings, Manchester’s lower cost of living and the vibrant job market is quite advantageous.

Manchester is certainly better than London in terms of an affordable lifestyle and highly-qualified educational institutes. It is home to big universities, such as the University of Manchester.

The vibrant cultural history, affordable lifestyle, better schools, and universities of the second-most populated city in the UK have an impact on its present and future. Manchester City’s economy has been revived during the past few decades, and it currently serves as a shining example of a thriving culture. Additionally, this city is home to the two most well-known Premier League champion football teams.

How Much Money Do You Need To Move To Manchester?

The cost of moving to Manchester will vary depending on where you’re coming from, what you’re bringing, and what’s your budget.

Although Manchester did place ninth in terms of house price growth, indicating that it is a city on the rise, it does not rank among the top 20 most expensive cities in the UK.

A spacious house consisting of three bedrooms may cost around £1,341. Depending upon the packaging supplies and services, furniture, and the cost of travel distance, Manchester is pretty much less costly than most of the cities in the UK.

According to certain reports and data, the average full-time wage in Manchester is around £29,000. Since the lifestyle is pretty affordable in the city, one can easily make the ends meet.