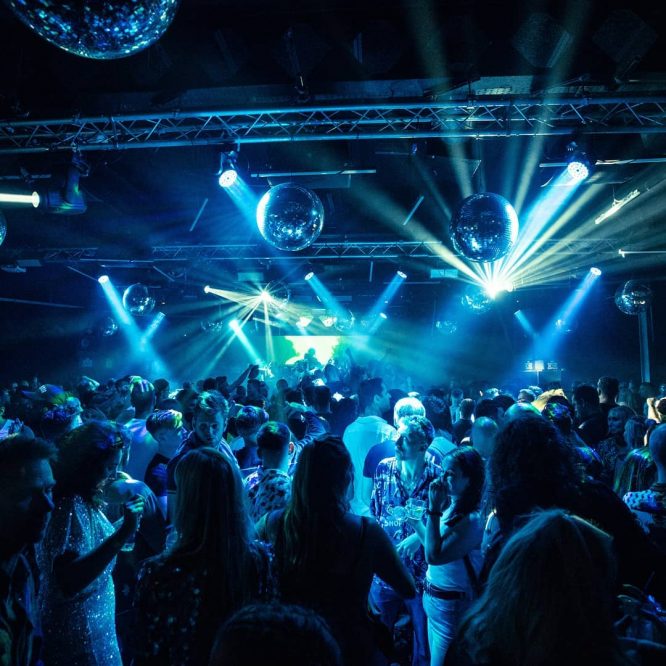 London is well-known for its nightlife, home to a handful of the world’s most prominent nightclubs.

After a long week, London’s nightclubs are perfect to dazzle your weekend with live music from world-renowned DJs, wild parties, and wild nights.

Since London’s nightlife is so dynamic, there are a multitude of outstanding options.

If you are intending to find the biggest clubs in London, check out our suggestions for some of London’s biggest clubs and party until morning.

Over the course of two centuries, the identity of this well-known site has changed several times.

Tobacco Dock began in 1812 as a hub for wine, (unsurprisingly) tobacco, and other valuable merchandise arriving from the New World, and was originally 70 acres in size.

Having won numerous local and national honors over the years, it is almost certain that you will have an incredible night at Tobacco Dock when the DJs are performing.

In addition, they have the amazing bar Skylight, which gives breathtaking views of London.

This club has a maximum capacity of 10,000 individuals.

Ministry of Sound is a club in South London’s Elephant & Castle that was conceived by Justin Berkmann and launched in 1991.

Ministry of Sound is currently one of the top dance clubs in London, owing to its illustrious clubbing history and cutting-edge DJ performances.

This iconic London club, which has been entertaining Londoners for thirty years, features four distinct rooms, four bars, a patio, a unique VIP suite, and much more.

Heaven is located near Charing Cross station. It is one of London’s oldest nightclubs and boasts a welcoming atmosphere for all attendees, regardless of who they are.

Each of the four rooms on the club’s two floors has a distinct atmosphere.

The most well-dressed men and women can be found among the more than 1,600 members of this renowned club.

This iconic venue hosts events such as Heaven’s signature gay night and Popcorn’s resident nights, among others.

Even though Egg is one of the largest clubs in the city, club nights nevertheless have the vibe of a warehouse party.

This location is well-liked by locals and tourists of all ages, although weekdays often attract a younger audience.

There is a 24-hour license, which means things can go on through the night and well into the morning.

With drink specials, student nights (which, you’ll be delighted to hear, are quite reasonably priced), and events like trance and house nights, you’re likely to find an evening out that suits you.

Fabric is the most renowned nightclub in London and a veritable institution. With its three rooms, it continues to be a leader in House music in all of its manifestations.

Once you’ve passed through the airport-style security checks, you’re free to get lost in the club’s subterranean depths, which are devoid of cell phone reception but filled with clubland delights.

It attracts the world’s top DJs on a regular basis, who complement its dependable locals.

Saturday nights are typically devoted to techno, whereas Fridays are more random.

This 6,000-person-capacity venue located at Canada water features an industrial aesthetic. It was once the largest printing press complex in Western Europe.

In the enormous printing hall of Printworks London, enjoy drum N bass, hip-hop, and dance beats, and keep an eye out for headlining performances by Pendulum and The Chemical Brothers.

The vast main room is amazing, having been turned from an old newspaper factory into a twisted, mechanical cathedral with a tight, seemingly endless dancefloor.

They always have the best DJs, from festival headliners such as Aphex Twin and The Chemical Brothers to the most crucial newcomers.

Magazine, launched in 2019 by the creators behind Printworks, is a purpose-built venue and the largest of its kind in London.

It has an inside capacity of 3,000 and an outdoor showground that can accommodate an additional 7,000 people.

It is located in the heart of Greenwich Peninsula and offers breathtaking views of the glittering skyscrapers of Canary Wharf, making for a truly memorable end to your night/beginning of your morning.

E1 is a terrific option if you’re seeking for a place to party hard. When the speakers begin blasting the main Warehouse room, you will be severely rattled to your very core.

It is at its best when it hosts loaded lineups that attract bettors from all across the country.

They have a full big sound system that stretches across two rooms (plus one space for lounging) and keeps clubgoers dancing till 7 a.m.

This nightclub has the capacity of 1600 people.

Electric Brixton is, for good reason, one of the most famous nightclubs in London.

The spectacular club nights and live music performances will attract Londoners from throughout the city. The gathering is as diverse as can be.

In terms of events, Electric Brixton has everything: traditional freshers’ parties, liquid drum and bass raves, dancehall and reggaeton showdowns, and even Abba-themed nights.

Tickets typically sell out well in advance, so purchase them as soon as possible.

Studio 388 has something to boast about, being the proud owner of one of the largest terrace arenas in all of Europe, which is even heated throughout the winter months.

And you may need to shout here, as you’ll be dancing with 3,000 other raver-types when the club is packed!

They have cannons, enormous LED screens, and an Octopus lighting system.

Their summer program begins in April, and with their ‘Space Spring Fiesta’ and ‘Sankeys Summer Bank Holiday’ events, you may believe you’re dancing in Ibiza’s sun.