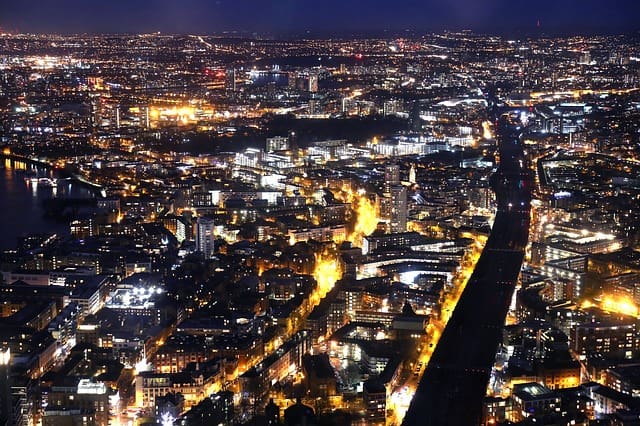 South London is the southern region of London, England, south of the Thames River, and it is made up primarily of the boroughs of Bexley, Bromley, Croydon, Greenwich, Kingston, Lambeth, Lewisham, Merton, Richmond, Southwark, Sutton, and Wandsworth.

If you want to live somewhere with a mix of the bustle of the city and more serene surroundings, South London is one of the greatest areas to do it.

The south side of the Thames is perfect for young professionals because it has several parks and chic places to hang out.

Furthermore, you’ll be minutes away from London’s trendiest locations thanks to the city’s expanding transportation options.

South London offers some of the best markets in the entire city. Two of London’s most intriguing food marketplaces are Borough Market and Maltby Street Market.

Kew Gardens, one of the best botanical gardens in the world, Clapham Common, a fantastic place for festivals, and Crystal Palace Park, which has a bizarre collection of dinosaur statues roaming its islands, are all excellent options for green spaces.

Is North Or South London Posher?

Londoners both north and south of the River Thames have long argued that their respective parts of the city are the most enticing because they provide the best entertainment, cuisine, and residential attractiveness.

North London has an old history, nicer architecture, and much better-developed neighborhoods. This brings with it a plethora of attractions that are absent from the South. Several dining options, as well as numerous parks and museums.

While South London may be considered more attractive due to its parks and vistas. Even the most daring Londoner can find entertainment and sights in the south to whet their appetite.

The Gherkin and The Cheesegrater may be in North London, but The Shard, the highest structure in the UK, is located in South London.

North London is typically more expensive than the south because it includes more of Central London.

Due to the fact that Central London is geographically larger in the north than in the south, those seeking a truly urban setting, particularly young professionals looking for a city lifestyle will undoubtedly choose to live in North London.

While families and seasoned professionals seeking more tranquil surroundings will choose to live in the more suburban south.

Posh can sometimes indicate wealth, but it also describes something that is polished and exquisite in an upper-class manner. So, in my opinion, North London is posher than South London.

Like the East, South London is both rough and developing, and like the North, it is also seen as particularly family-friendly and suburban.

The scary stories about south London are not really true. Despite being a relatively huge region, South London is really no riskier than the rest of the city.

For instance, Putney is not a very dangerous neighborhood but things start to get a little bit more hazardous as you go closer to Brixton, Stockwell, and Peckham.

However, you cannot just refer to South London as having a certain characteristic. I will simply state that it appears like weapon crime is more common in the locations I mentioned. However, there is also weapon crime in other parts of London.

Of course, some places can still be considered dangerous if you go through them alone at night. Any major metropolis would require you to use some common sense when residing there.

One of the most sought-after regions in the city is now South East London. According to rankings, Peckham and Forest Hill are two of the best neighborhoods in London.

South East London is a diverse and fascinating region that has benefited from regeneration over the last ten years, ranging from the capital’s thriving South Bank to Thamesmead and Greenwich in the east and, at its furthest point, Sydenham.

Compared to many other areas of the capital, the flats and houses here are more reasonable, which makes it a favorite among young professionals and families.

From modern apartments in the hip, urban neighborhoods like Bermondsey or Vauxhall to huge Victorian homes in Crystal Palace and Lewisham, South East London has properties to suit every taste.

Families coming to the area can anticipate having an excellent selection of schools in South East London, ranging from independent, fee-paying institutions to top-rated primary schools and academies.

Even though some areas of South East London are not served by the tube lines, access to the city is not restricted. There are numerous modes of transportation, including buses, trains, and overground lines.

London Bridge may be reached by train in around twenty minutes from Forest Hill station. Furthermore, as your train approaches London, you may relax and take in the scenery.

Property investors will value investing in a region of London that is continuously changing while living in South East London since it offers an outstanding lifestyle without an exorbitant price tag.

A region of the city’s capital that had previously been ignored is now humming with new vitality and ideas thanks to recent revitalization.

Which Bit Of London Is Posh?

When describing the various parts of the city, London is separated into five main regions: Central, East, West, North, and South.

The West End of London is located in central London. It is the location of many of the most well-liked and stunning tourist attractions in the city, as well as spectacular homes, a variety of fine restaurants, and retail centers.

West London is home to some of the wealthiest and most architecturally stunning areas in the city, as well as numerous lovely homes and public spaces.

You’ll find a strong sense of community, calm, prosperity, a culinary culture, and pleasant people in this area of London.

In West London, where the word “posh” is widely used, the majority of the city’s richest residents live. The wealthy neighborhood of West London is known for its upscale and cutting-edge culture.

In reality, West London is among the wealthiest and posh regions in the UK. The neighborhood is suburban, nice, and appealing.