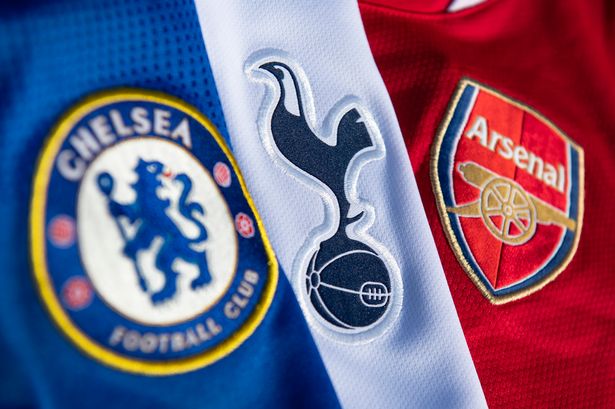 The most watched and played sport in London is football, both among fans and participants. England’s top football clubs may be found in London.

More than any other city in the world, London has more than a dozen professional football clubs.

Football is the most popular sport in London, and the city’s best clubs have represented it at the highest levels.

London reportedly has the largest number of football teams in the world. The capital city also has the most advanced stadiums in the league. The bulk of its clubs compete in the English top and second divisions.

Here are the biggest and most well-known football teams in London. These seven London football clubs compete at the top level of English football.

Arsenal is located in Islington and boasts 47 trophies, the most in London and the third-most in England behind Liverpool and Manchester United.

The squad was founded in 1886, and in the 2003–2004 Premier League season, they set the record for completing the league unbeaten.

Additionally, they hold the record for the most FA Cup titles with fourteen, two more than Manchester United. Consequently, Arsenal is the best club in London in 2022, followed by Chelsea.

The majority of the country refers to Arsenal FC as the Gunners. The club’s supporters are known as Gooners, a phrase derived from the club’s initial moniker, Gunners.

The capacity of the Emirates Stadium, where Arsenal plays, is 60,704 spectators.

Arsenal football club is without question the best club in London as of 2022.

Chelsea FC is one of London’s premier football clubs. Chelsea is frequently considered to be one of the most successful London-based teams in the world.

They are the current uncontested champions of Europe until the Champions League final on May 28 determines a new champion.

Due to their recent success and humiliation of Arsenal in European Cup events, Chelsea is commonly recognized as London’s most dominant football team.

Roman Abramovich, a Russian businessman who was banned in March 2022 by the British government in response to Russia’s invasion of Ukraine, has owned the club since that time.

The last 2 and half decades have been one of the most successful ones for the club.

The club has experienced one of its most prosperous eras in the preceding twenty-five years. 21 of Chelsea’s 34 trophies have been won during the Abramovich era (2003-2022).

These are London’s uncontested European champions, therefore it’s no surprise that their motto is “pride of London.”

Tottenham Hotspur is one of the top football clubs in North London. Spurs rank third among the most successful clubs in London City.

Tottenham Hotspur was founded in 1882 and is headquartered in the city of Tottenham.

From the 1950s to the 2000s, they won at least one major trophy in each decade, a feat matched only by Manchester United.

In the 1990-91 Premier League season, they finished third, which is their greatest finish at the highest level to date.

As a result of the Heysel Stadium disaster, UEFA banned the Eagles from European competition.

In both the 1990 and 2016 FA Cup finals, the club fell to Manchester United. The club is the largest in the London Borough of Southwark.

The London Stadium is the location of the team’s home games.

As their name suggests, they are based in Fulham, London. They participate in the Championship and are one of the finest clubs in the league.

The team has played 27 years in the Premier League, with its longest stays occurring in the 1960s and 2000s.

In 1903, they acquired a white shirt and black shorts as their outfit, which they have continued to use ever since.

The 2010 Europa League Final, which they lost to Atletico Madrid after extra time, was their finest accomplishment.

In 1886, Queens Park Rangers was established. Similar to Millwall, the football club is based in Shepherd’s Bush, West London, and participates in the Championship.

The club’s biggest accomplishment was during the 1975–1976 season, when they finished second in the Premier League and qualified for the first time for the European Leagues.