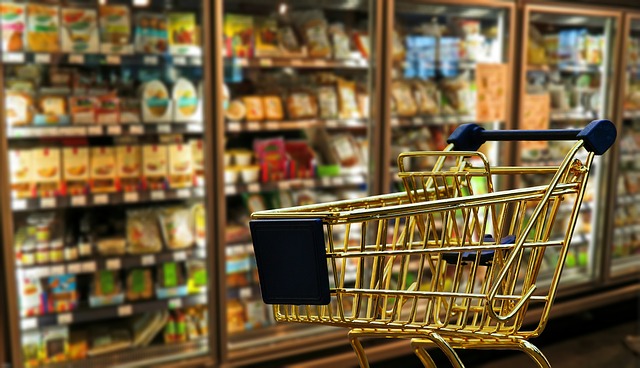 One of the first things you’ll probably do when you arrive in the UK is to go to the supermarket. It’s one of the most underappreciated perks of living abroad.

When confronted with aisles upon aisles of unique and amazing delicacies, you quickly realize you are no longer at home. You will definitely be pleased by the supermarkets in the United Kingdom if you are a foreigner. But if you are a local, you must know the big supermarkets and the amazing products they feature.

Wherever you are, there is a decent selection of fresh produce and international foods to choose from.

Furthermore, supermarkets in London are perfect places for picking up lunch or other snacks and beverages, such as noodle cups, salad boxes, nuts, carbonated drinks, and much more.

Which Is The Largest Supermarket In London?

Supermarkets can be found on all of London’s main thoroughfares, which is convenient if you don’t always have the time or money to dine out or want to get groceries real quick.

In the UK, Tesco is the largest grocery chain, including Tesco Extra and Tesco Superstore as their two largest supermarkets. Tesco Express branches are small that resemble convenience stores, and these can be found all over the place.

Apart from Tesco, Sainbury’s Superstore is also a very large supermarket in London. There are also Sainsbury’s Local stores in London that are smaller convenient stores.

At Sainbury’s Superstores, prices are a little higher than those at Tesco superstores, but In terms of quantity and quality, Sainsbury’s is not less than Tesco.

Lastly, there are 305 Tesco supermarkets and 279 Sainbury’s Superstores in London at the moment.

Which Is The Biggest UK Supermarket?

Food is generally purchased more at supermarkets by Brits. However, not all supermarkets offer the same choice of products at the same price point, so you’ll need to do your homework to pick the best supermarket in your town or region.

There are many big and small supermarkets in the UK that offer a variety of products to fulfill the needs of not only the locals but also the foreigners.

So, if you don’t feel like cooking or ordering from a restaurant, there are plenty of big and renowned supermarkets that offer different kinds of ready-made food products.

Also, when it comes to supermarkets in the United Kingdom, location matters. This is to say that supermarkets in large cities such as London are typically more centrally situated and smaller, but this does not mean London has no big supermarkets.

The big supermarkets are generally found on the outskirts of town in less urban settings, and they offer a larger selection of food products and other grocery items.

So, if you reside in a city, the limited size of supermarkets can make getting all of the things you require challenging.

Tesco is said to be the largest grocery chain in the United Kingdom and can be found all over the place, having a large number of stores in the UK.

Who Are The Big 5 Supermarkets In The UK?

There are many supermarkets present in the UK. Among them, the biggest ones are Tesco, Asda, Sainsbury’s, Waitrose, and Morrisons which dominate grocery sales in the United Kingdom.

They share approximately seventy-three percent of the combined market share of grocery sales according to a report in 2007.

Tesco Extra is the largest one of all and is considered UK’s biggest supermarket, having the largest floor space and collection of grocery items.

Tesco has been especially successful due to its strong brand. It has a reputation for quality, affordable prices, and customer service. Brand equity and alliances have facilitated the company’s expansion into new industries and markets.

Other than Tesco, Sainsbury’s supermarket outlets are quite big and famous, having many convenient stores in the UK.

Does London Have Big Supermarkets?

You’ll be spoiled for choice when it comes to food shopping in the city because it has a number of both big and small supermarkets.

There’s a London grocery store to suit every need and personality that are also quite budget-friendly, but keep in mind that in London, your shopping choices are still considered a class indication, because Britain’s social class system is still alive and well.

Aside from class distinctions, the main variations between London’s food stores are price and product selection. The quality of the food at supermarkets is nothing short of amazing, and everything is always fresh and healthy.

The big supermarkets in London are generally found on the outskirts of town in less urban settings, and they offer a larger selection of food products and other grocery items.

London’s big supermarkets, including Tesco, Sainbury’s, a lot of Waitrose stores, and Asda are all known for their high-quality products and customer services.

There are also Morrisons outlets in the London, but only fewer branches are present. After Tesco and Sainsbury’s, Waitrose is the most costly supermarket.

Each of these London supermarkets, except for Asda, has smaller outlet sites throughout the city. They’re ideal for picking up a few ingredients on your way home from work or for budget-conscious vacationers.

You can eat as many meals from Tesco Express and Sainsbury’s Locals as you want. They are the smaller outlets of the bigger supermarkets, but their food quality is amazing.

To enjoy your trip to your favorite supermarket, make sure you always keep change and plastic or reusable bags with you. Moreover, understanding the difference between American and British food names is very important if you are not a local. So make sure you know the drill and you’re good to go.