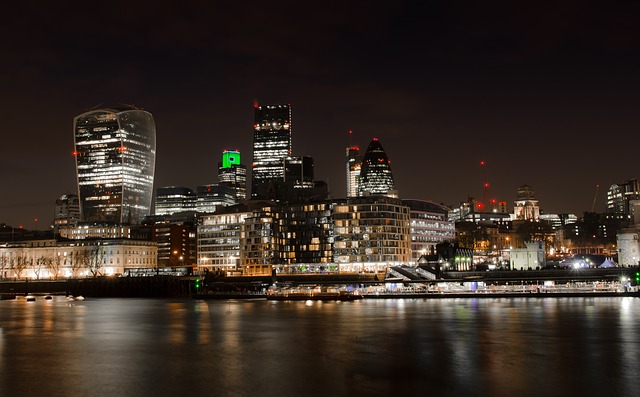 London is one of the world’s most amazing cities. It’s no surprise that it attracts so many happy visitors from all over the world, but like with any huge metropolitan city, staying safe is essential.

Traveling at night can be challenging, but this guide can help you stay on top of your travel arrangements while avoiding potential complications.

Even at night, London is a relatively safe city to navigate. Even though there are some areas that should be avoided but the rest of the areas are absolutely safe to travel to.

I think you’ll be alright if you stick to places near the big attractions during late hours because there should still be a lot of people out. If you get off track and travel into other places, you can get into trouble.

Just be cautious and enjoy the night as you would anywhere else. Don’t let the possibility of something terrible happening ruin your night; instead, relax and enjoy yourself.

It’s critical to prioritize your personal safety and avoid situations and areas that make you feel uneasy. Here are a few precautions that you can follow to make sure that you are on the safe side.

Is It Dangerous To Walk Alone At Night In London?

London is a place with amazing nightlife. The city is lit up with lights and crowds of people at night which attracts everyone to go out at night.

Walking alone can be unsafe at times, and this is especially true for people who go late at night. If at all possible, avoid walking alone. If you really have to, stay in well-lit areas. Even if you think shortcuts and detours will save you time, avoid them.

Though it is usually safe, walking around London at night, especially alone, I would still not recommend it. Aside from the safety aspect, it is also a big capital city and if most public transportation journeys take upwards of an hour, think how long they will take on foot.

What Areas Of London Should I Avoid?

According to the statistics for the year 2021, over 100,000 crimes were reported. According to Metropolitan Police data, the most common crime is violence against the person, followed by theft and vehicle crimes.

Below is the list of the most dangerous boroughs with crime rates in London this year:

From the list above, you can assume what place you will have to avoid while traveling in London.

Despite the fact that London’s crime rate is on the rise, it remains a relatively safe city. London is the fourteenth safest city in the world, according to the Economists Safe Cities Index.

In London, the chances of something physically happening to you are so low that it is the last thing on your mind.

For lone female travelers, London is one of the safest cities in the world. It is said that London never sleeps; the city’s most crowded areas are packed with people at all hours of the day and night. As a result, it’s extremely unlikely that you’ll be traveling alone in London.

Though you may run into pickpockets and rude people in central London, London is so diverse and accepting that violence is more of a self-gang thing, so it’s these people who you’ll hear about getting hurt, not innocent bystanders.

Is it safe to run at night in London?

We all know it is dangerous to go around big cities after dark. If you still plan on running at night, dress brightly and use headlamps, or better yet, run in small groups.

However, there are still several areas in Central London that we would advise you to avoid. Here are the top five running spots to avoid.

The canal in Reagent at night

You may run a wonderful 12-mile circle through Hyde Park and Regent’s Park, following the Regent’s Canal. Simply avoid going there after dark, as there are no lights along the canal and the housing area is pretty far away.

Park running is enjoyable because of the beautiful scenery. Hyde Park is extremely popular for runners. However, we advise you to avoid visiting parks late at night because gangs usually visit them at night.

Especially those parks that are not flooded with tourists during the day, such as Victoria Park or London Fields.

In general, crime rates are greater in inner-city regions with a high concentration of state housing, as well as high local young unemployment and economic distress.

Pickpockets are known to frequent the regions mentioned above, looking for your iPod, heart rate monitor, or MP3 player. As a result, keep your cell phones and MP3 players in a secure inner pocket at all times.

London is a really crowded city. People are always impatient wherever they go and they expect to reach their destinations right on time, which is usually not possible because of the traffic.

Oxford Street is the busiest pedestrian street in the city, and accidents are common. When you factor in the wheeled traffic, which includes crazy taxi and bus drivers as well as cyclists, you will really reconsider going for a run there.

Below we have listed the places that are safe and you can go there if you are willing to run at night: