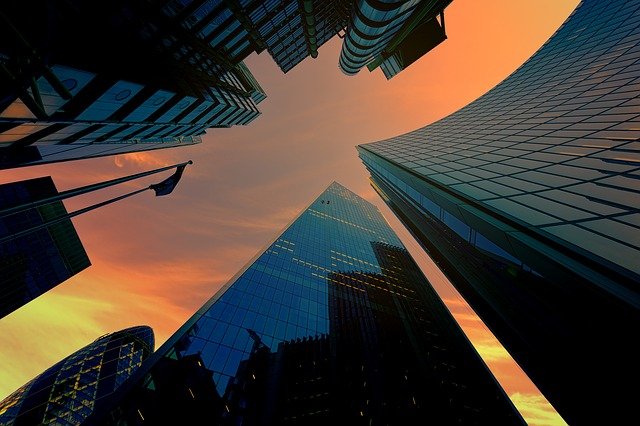 A tale of two cities, Glasgow and London. In many ways, they are similar and have some fantastic football teams, exhibit a diverse range of cultures, and take pride in having some of the best nightlife in the cities.

However, there are quite a lot of things that make these cities different and unique in their own way. To know the difference between the two, keep reading the article. You might come across new and interesting facts.

Is London Safer Than Glasgow?

When you talk about safety, knife crime and muggings undoubtedly come to your mind. As of now, both cities are extremely safe.

If you’re a teen gangster, you’re more likely to be stabbed to death or even shot in London than you are in Glasgow.

Glasgow has built a surprisingly successful public health paradigm for dealing with teenage gang criminality. If you’re not an adolescent thug, though, your chances of dying or getting injured in this way are slim in Glasgow.

In London, motor traffic is a more significant safety factor and is particularly bad. You must exercise caution when crossing the road as the city is usually very busy.

In addition, there is more air pollution in London than in Glasgow, and since there is always traffic on the roads, the air is never free of pollution and kills a vast number of people.

Conversely, since Glasgow is smaller and windier, the atmosphere is less polluted, and harmful, and is considered a safer place to live.

However, around ten years ago, Glasgow had a rather bad, if unfair, reputation. Even up until roughly 2012, it was considered a terrible place to live, what with surging murder and general violence rates, which have declined precipitously since then.

Parts of Glasgow used to have serious gang and knife violence problems, according to many reports and surveys. Up to 3,500 people between the ages of 11 and 23 had joined one of the city’s 170 street gangs.

Furthermore, Glasgow’s homicide rate for males aged 10 to 29 increased as compared to London, and it accounted for 19 percent of all homicide cases in Scotland.

Acceding to different kinds of research, in order to lower the crime rates and violence, it is very important to boost the city or country’s income, end poverty, and increase access to jobs and career opportunities.

There is also a link between the proportion of single-parent households, overcrowded housing, and high rates of teenage pregnancy in increasing violence.

Ever since these problems have been dealt with in Glasgow, the city’s crime rate has dropped and it is now considered a safe place to live.

Is It Cheaper To Live In Glasgow Or London?

Glasgow has a lower cost of living than London or other UK cities, which is one of its biggest advantages. Compared to living in London, it is 20% less expensive and 10% less expensive than the rest of the UK.

Glasgow is also a very appealing place in terms of income, with an average yearly salary of £27,008, second only to London and the South East.

The city also performs well in terms of spending, with property costs of around £200,000 and an average monthly rent of £537.

London, on the other hand, is regarded as being one of the most expensive cities in the world to live in, and you will almost certainly need to adapt your budget once you relocate to the city.

In terms of living in Glasgow, there are many properties for sale or rent, and many agencies in the city t you in finding your new home at a really low cost.

For all foodies, Glasgow has a vast range of bars, restaurants, and cafés to suit all tastes. All their restaurants and food places are budget-friendly too.

Not only is the city cheaper and less expensive to live in, but it is also very beautiful and a sight for sore eyes. It has approximately 20 galleries and museums that will not let you down if you’re looking for history, art, or culture.

Now, London is quite beautiful too, maybe much more beautiful, but it is a very expensive place to live. Almost half of the people’s salaries are spent on rent.

Moreover, restaurant, groceries, and local purchasing prices are also very higher in London than in Glasgow.

Hence, Glasgow is less expensive than London in terms of living costs.

Is London Or Glasgow Bigger?

London is certainly considerably larger than Glasgow, but Glasgow has virtually every facility that London does, albeit on a lesser scale. It all depends on your needs.

To accommodate the vast magnitude, London transportation is substantially better, although sitting on the tube for 40 minutes to go to the shops doesn’t sound particularly appealing to anyone.

While it may take half an hour to get to a quality shop in some parts of London since it’s very big, it can only take about a 5-minute drive from your home to anything, including many supermarkets, shopping malls, furniture stores, local businesses and cafes in Glasgow. Everything is just located near residential areas.

Now, if you want to make the greatest money and have access to the best of what our planet has to offer, you should definitely reside in London.

It’s not really a contest if you want to genuinely own a home, have your money stretch so much further, and still have access to every facility you could want. You should decide which place is better for you according to your financial condition and needs.

London is pleasant to visit and quite beautiful, but it is also very expensive. Given its relative size, it is far more diversified than the rest of the United Kingdom and Glasgow.

As a result, people expect a broader range of cultural backgrounds to be represented, as well as more cuisine options from a wider range of restaurants.

But it does not mean that Glasgow is not a nice place and does not have any good restaurants. The food there is quite delicious too.

London is bigger and has many beautiful places to visit, but the environment is polluted as it is a busy city. It is actually warmer in general as it is a massive heat island.

Glasgow, on the other hand, is less polluted, and it usually rains a lot in the city. Again, both places are great to live in, it all depends on your needs and financial situation.

Is Scotland Better To Live In Than England?

To begin with, the weather in Scotland is more severe than in England. Winters are darker, while summers are colder, with lovely long evenings.

Secondly, Scotland is wilder, with a considerably more spectacular terrain, exhilarating and liberating. By comparison, the English countryside is warm and welcoming.

Thirdly, Scottish architecture is far rougher, less ornamented, and typically built entirely of stone than that of England. Also, Scotland is less diversified, more homogeneous, and more communitarian socially. It has a strong left-wing bent. England, on the other hand, is more individualistic and comfortable with large class differences.

In general, Scots are proven to be quite plain, and less innovative and vibrant than the English people. Scots also have more personal liberty than English people, judging by various reports and surveys asking people how satisfied they were with the ability to choose how they led their lives, such as practicing religion and accessing birth control.

Moreover, Scotland comes out on top when it comes to tolerance toward minorities and homosexuals, views toward individuals with impairments, and the magnitude of the gender gap, which makes it a better place to live in.

In terms of living costs, Scotland is much cheaper than England but offers almost the same kinds of products and quality of food.

If you’re thinking about moving to either Scotland or England, the most important thing to consider is the tuition fee. The university tuition fees in Scotland are significantly lower than that in England.

In fact, there are no tuition fees in Scotland if you live and study there. In comparison to the £9,250 per year costs in England, this saves a lot of money and makes Scotland a better place.

You may get monthly or annual transport passes in Scotland to save money and make traveling around a little easier.  So, when you arrive in the nation, you should consider purchasing a public transportation pass so that you may begin exploring the country the right way.

To summarize, both Glasgow and London are great cities to live in, but it depends on your needs. If you have plenty of money and are looking to explore a diverse culture and huge city, you should consider visiting London.

But if you’re low on money and want to visit or relocate to a less expensive place, Glasgow is the one, with much lower living costs than London.