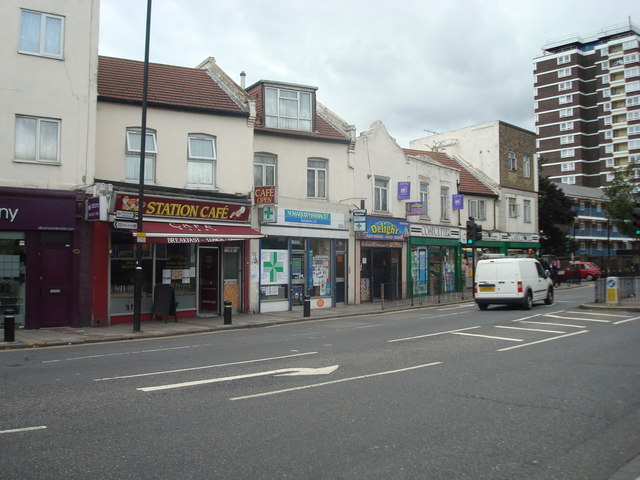 It used to be a ward in the West Ham parish, the Becontree hundred, and the ancient county of Essex. Plaistow has been a component of the Greater London local government region known as the London Borough of Newham since 1965.

The town makes up the bulk of the London postal district E13. The UK parliamentary district of West Ham is made up of ten electoral wards, including Plaistow North and Plaistow South.

Plaistow is quite colorful and multiethnic; it’s probably still a little rough around the edges, but it’s still reasonably priced. Young couples like us frequently move to the area because it has many affordable homes and excellent transportation options.

In April 2022, there were 742 different instances of street-level crime in Plaistow. Violent crime was the most prevalent category, followed by antisocial behavior.

These instances are listed below, organized by type:

Although violent crime makes up the majority of incidents in Plaistow, this is typically the case for all urban areas. This is partially due to the fact that ‘Violent Crime’ encompasses more offenses than, for example, Burglary.

Is Plaistow NH A Good Place To Live?

Let’s face it, Plaistow isn’t the kind of place that would instantly swoon over its charm.

Plaistow High Street is a bit run-down and desolate and doesn’t have much going for it, so the initial impressions aren’t fantastic. But now that we have researched about it, we can tell how good this area is.

Plaistow, which is calmer than Stratford, provides something a little bit unique compared to its E15 neighbor.

In this East End neighborhood, which is swiftly rising to popularity with renters, there are neighborhood restaurants to enjoy as well as a strong feeling of community.

In contrast to the London norm, the average house price in this area is approximately £368,000 as of 2020. Victorian terraces and immaculate new apartment buildings can be found all around the area.

The best feature of Plaistow is how well connected it is to other areas and how accessible it is to downtown London.

You can reach Oxford Circus, Euston, or Westminster in less than 30 minutes. There are 10 minutes between Stratford and Hackney.

The District Line offers a short interchange at West Ham for the Jubilee Line or Mile End for the Central Line, while the Hammersmith&City Line has air-conditioned, roomy carriages. The Plaistow tube station is a decent size and is never overcrowded.

Although it may still be a touch rough around the edges, Plaistow is very lively and multi-cultural and is nonetheless fairly priced.

Plaistow is considered as up and coming as Plaistow South was one of fifty districts in England selected to receive a £200 million prize from the Big Lottery Scheme on December 10th, 2012.

A £1 million grant was given to Plaistow South to support neighborhood improvement initiatives. On the site of the former Plaistow Hospital, council members authorized a new housing development in January 2013 that includes both private and affordable dwellings.

The Black Lion Public House in the High Street is one of Plaistow’s most well-known sights and is thought to have existed as early as 1742.

However, having these locations close by is a huge benefit. Stratford, for example, has fantastic transportation options, all the shops you could want, two movie theatres, a tonne of restaurants, a bus station with buses from Stansted airport, the Olympic pool, Queen Elizabeth Park, and much more.

East Ham features a respectable high street, a wonderful market hall, and a LIDL, while Upton Park has a nice huge market with food stalls right close to the tube station.

Even though you don’t actually want these conveniences close by, it’s wonderful to have them available when you need them.

There are fantastic independent restaurants in all different cuisines, cafes are opening, and some of the quirkier pub chains, like Antic, are expanding into the area.

If you have a car, it is also very simple to leave the city; just take a short trip on the A13 to reach the countryside.

Many of the streets off the main thoroughfares are primarily residential, making them peaceful in the evenings. Yes, it has some rough spots, but not significantly more so than some other, far more affluent parts of London.

If you are thinking about raising a family, Plaistow Newham has several great parks and green areas as well as top-notch schools.

What a lovely thing to have is a cycleway that runs from Plaistow all the way to Victoria Park in Hackney. And even more for those who are afraid to cycle on the roads.

Plaistow Park is a typical park with a good adequate area for children, but West Ham Park, which is large and lovely and is only a 10-minute walk away from Plaistow, is the real treasure.

You also have access to the Memorial Recreational Ground, which has a rugby field, play area, and game room.

Finally, I can say that Plaistow is a great area for a family or even young professionals who want to live peacefully and avoid crowds.