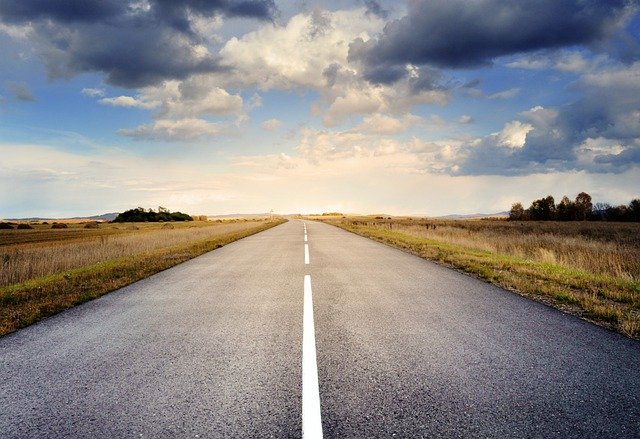 Its total length is 410 miles. It extends all the way up to Edinburgh. After being stretched, it becomes the London Road.

Its total length is 72 miles. Great Dover Street, or the A2, commonly known as the Old Kent Road starts at Borough Tube station.

3. The A3 or Borough High Street

Its total length is 78 miles. It eventually ends at Portsmouth. To reach down the A3, you will have to take the Borough Tube in the south.

Its total length is 130 miles. It is one of the most famous roads also known as the A4 road. Before traveling to Bath and Bristol, this most famous of highways also includes Cromwell Road.

Its total length is 260 miles. With the exception of an Elstree bend, Edgware Road and its northern extensions are possibly the most visibly Roman route in London. It was formerly known as Watling Street. Today, the A5 travels far in north-western Wales.

Its total length is 161 miles. Bishopsgate was a major highway in the historic City of London. It is one of the straightest roads in London. You will pass through Cambridge by taking this route.

Its total length is 41 miles. The A13 takes Londoners looking for beach huts through several industrial districts and places of marshy desolation as it travels from Whitechapel.

Its total length is 52 miles. A23 has a fairly straight trajectory on a map, and if you follow it, you’ll quickly see that it was once a different ancient Roman road.

Its total length is 256 miles, and as the name suggests, it eventually leads to Oxford. It is one of the oldest roads in London. Also known as A40, it used to be a famous road during the Romans Empire. It is also a straight road.

What is the longest road in the UK?

The A1 is a recognizable road in British automotive history. The longest numbered road in the UK runs from London to Edinburgh. A new local access route will be built alongside the upgraded A1 to assist automobiles traveling locally.

Before leaving London, visit the RAF Museum in Edgware. Then, you can go north to Stamford, which is one of Lincolnshire’s loveliest towns, and the home of Burghley House, which is close by.

As it makes its way through the UK’s north, the road adopts a variety of characters, switching between an urban and a rural freeway on occasion.

Moreover, the A1’s course has been traveled since ancient times, but it was named so only in the 1920s. Its development was influenced by the Romans first. The roadway used to be a rest stop for tired travelers hundreds of years ago. This proves the significance of the United Kingdom’s largest road.

Is Green Lanes the longest road in London?

Uncertainty surrounds the antiquity and beginning of Green Lanes, despite the fact that it is unquestionably an old thoroughfare. It is possible that its beginnings may be traced to the Roman era.

It is connected to a number of greens, the majority of which are no longer even known by name. Its length is 6.3 miles. Green Lanes is undoubtedly one of London’s longest roadways. It is a component of the A105, which transports travelers directly into or away from London’s center.

Both Winchmore Hill, located in the Enfield borough, and Newington Green, located on the borders of Hackney and Islington, serve as a point of Green Lanes.

It was formerly known for its much longer length. However, the southernmost section was changed to Southgate Road in the middle of the 19th century, and some part of it was given the name High Street.

The route has been straightened and widened throughout the course of time as traffic has increased. However, its course has mostly remained the same since the 17th century, traveling from north to south.

Being one of London’s longest roads, it serves as the main entrance to the biggest shopping centers via the A105. The term Green Lanes changes as you follow the map away from London.

Is Edgware Road the longest road?

Its total length is 260 miles. With the exception of an Elstree bend, Edgware Road and its northern extensions are possibly the most visibly Roman route in London. It continues in a straight line past the M25. It was formerly known as Watling Street. Today, the A5 travels far in north-western Wales.

What is the widest street in London?

The widest street in London is Portland Place. It is located in London’s central Marylebone neighborhood. Traveling along Langham Place, it is 125 feet wide and is one of the straightest and largest streets in the entire globe.

During the eighteenth century, London’s population doubled, and the city grew across farms and pastures, it was intended for Portland Place to extend north from the gardens of the now-demolished Foley area.

Talking about the past, Foley, the proprietor of the mansion, insisted that the new structures should be formed, and not block the beautiful artistic views of the north from his window. In order to make his wish come true, Portland Place was designed to have a width equal to that of Foley House. This is how London’s widest street came into being years and years ago.