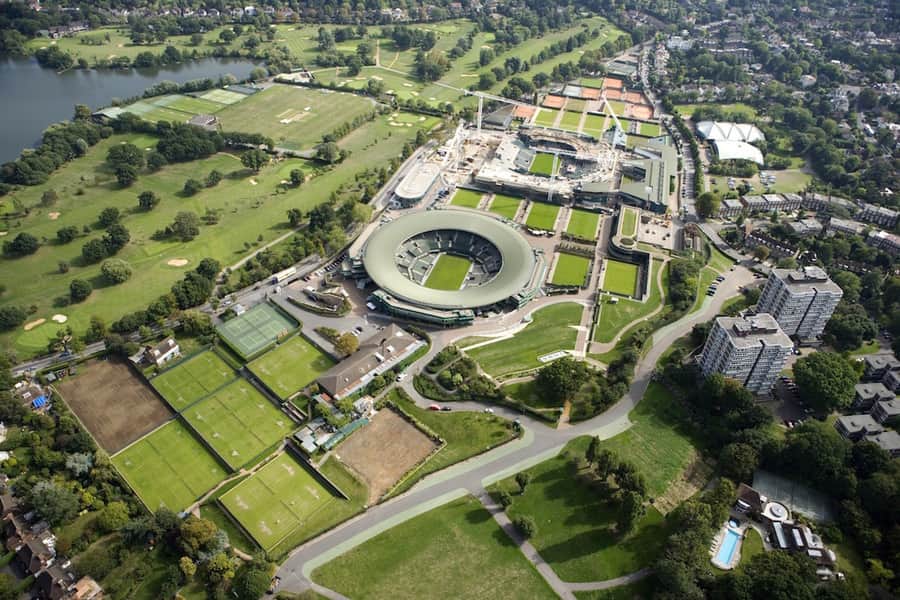 Wimbledon is a sizable suburb in southwest London that is divided into Wimbledon Town Center, which is at the bottom of the hill, and Wimbledon Village, an upscale neighborhood at the top.

Wimbledon is brimming with history and culture, from its huge expanses of open space to its origin as the site of the Wimbledon Tennis Championships, one of the most important events in the world.

Many people are picking Wimbledon as their next endeavor due to the abundance of things to do there as well as the prospects for real estate investment.

Wimbledon is a very well-known neighborhood in South London. The neighborhood is lush and verdant and contains some of London’s top schools and parks.

Due to the peaceful residential regions and excellent transportation options into the city, it is a favorite among families.

Is Wimbledon A Posh Area?

Wimbledon has long been one of the poshest areas in London for affluent families.

There was a six-bedroom mansion reportedly purchased for £15 million by Simon Cowell in 2019, while British TV personality Ant McPartlin moved in last year.

According to Warren Appleton, a business partner of John D. Wood in Wimbledon, Marryat Road and Parkside, which is close to Wimbledon Common, are seen to be the greatest roads for buyers with extremely large budgets.

Is Wimbledon A Safe Area To Live?

Wimbledon is without a doubt the most desirable neighborhood with a very low crime rate.

Wimbledon consistently fosters a warm and safe environment, especially during its busiest times, despite the yearly inflow of tourists and tennis enthusiasts.

Is Wimbledon Good For Families?

Wimbledon is a popular destination for families because of its proximity to the great outdoors, but the community is best recognized for its top-notch schools.

Chelsea families choose Wimbledon because it offers spacious homes, gardens, and access to green space while still being only a 30-minute commute from the City.

Wimbledon also commands comparable housing prices. According to Rightmove, the cost of a home in Wimbledon Village ranges from £1.8 million to close to £3.7 million for the numerous detached homes.

Families frequently purchase a home in Wimbledon and decide to stay for a while. According to James Morrison, head of the nearby Savills branch, houses frequently only come up for sale once every generation.

There are elderly residents who have lived in big family homes for 30 to 40 years while raising their children.

In addition, a new generation of upper-middle-class families have relocated from West London, as have young professionals who are lured to the region by its convenient access to public transportation.

Is Wimbledon A Good Place To Buy?

Wimbledon is one of the most desired areas. It has a vibrant main street, a café scene reminiscent of Europe, plenty of green space, lovely large-period homes, and convenient transportation options.

Wimbledon’s good transportation options, which are characteristic of most cities, combined with the village-style lifestyle draw a lot of people there.

Wimbledon continues to be a sought-after neighborhood for families and investors due to its uncommon yet desirable blend. Wimbledon offers both sides of the spectrum, from rustic cottages to opulent mansions.

With shops like Diane Von Furstenberg, Hobb’s, and Neal’s Yard Remedies, as well as a gourmet grocery store called Bayley and Sage, Wimbledon High Street and Church Road have a village-like atmosphere.

The cultural aspect of Wimbledon maintains it high on the list of best places to live in London since there are so many things to do there, from theatre to museums.

There is more interest in the place when there are many things to do nearby. The depth of this region’s history, which can be traced back to the Iron Age, motivates individuals to consider purchasing in Wimbledon.

The Polka Children’s Theatre, founded in 1967, offers a venue for kids to express their creative side, while the New Wimbledon Theatre, which opened in 1910, is the eighth-largest Edwardian theatre in London.

The fact that such services are accessible to people of all ages keeps Wimbledon at the top of purchasers’ lists, especially for those who have kids.